As if fake iPhones and iPads weren’t enough, today we came across fake Apple Stores in China. Let me re-emphasize, these are Apple Stores not products. 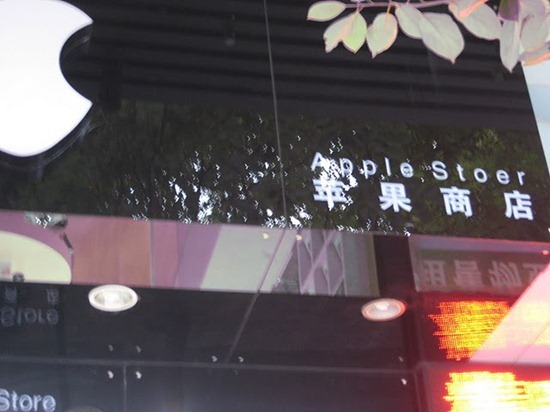 We’ve covered quite a few KIRFs in the past; KIRFs being cheap knock-offs, wherein KIRF stands for Keeping It Real Fake, a term popularized by Engadget. From iPhone 4 knock-offs to $93 iPad 2s running Android, we’ve seen ’em all! A fake Apple Store, though, just completely blows our collective minds. China, you have outdone yourself!

The discovery comes courtesy of Bird Abroad’s Jessica who came across not one but two fake stores in Kunming, China.

The people behind the “Stoer” (not a typo) have done an amazing job at emulating the outstanding retail experience that one gets to go through at real Apple Stores (emphasis being on emulating).

These two stores, while being pretty close to the actual thing, miss out on a lot of little things that make Apple Stores so decidedly Apple in nature. 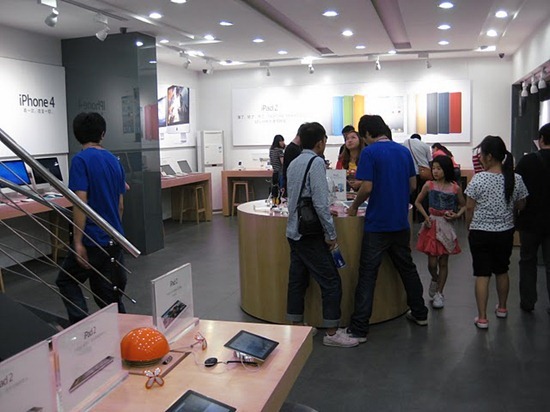 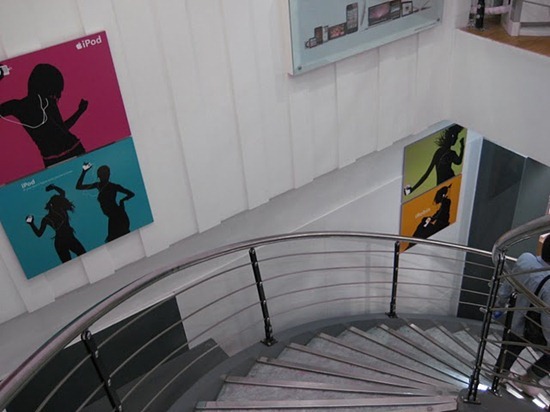 The “stoers” have the classic winding staircase, employees wearing blue t-shirts and nametags, huge posters of Apple products and the mighty Reality-Distortion-Field that real Stores possess.

However, there are quite a few things that were left out in the emulation of said retail experience. Employees at the Stoer aren’t wearing proper nametags, some of the posters hanging are outdated and, most of all, the front of the “Stoer” features not only the Apple logo but also comes with “Apple Stoer” written below it; actual Stores only have the Apple logo on the front. 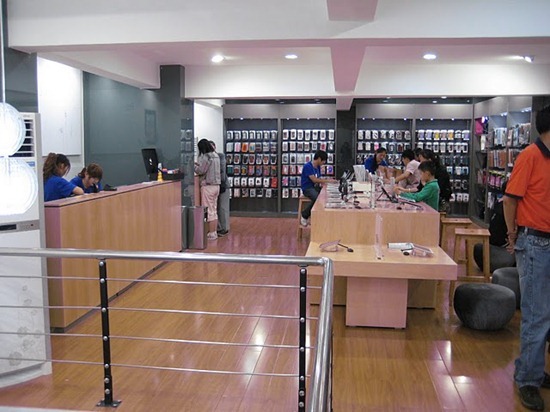 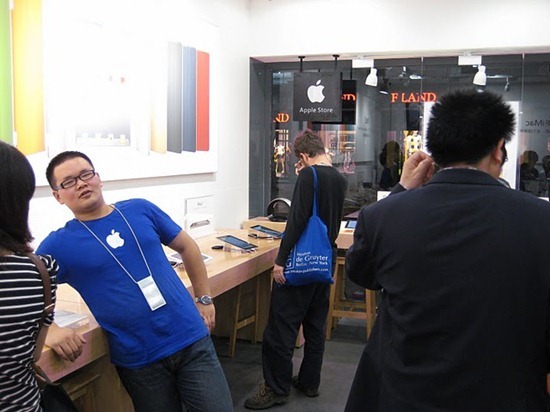 There are only four Apple Stores in China and they aren’t in Kunming, which confirms that this “stoer” is fake. Apple often licenses Premium Reseller status to retailers Apple deems good enough to able to sell their products but these retailers are never supposed to brand themselves as actual Apple Stores, which Apple “Stoer” is in complete violation of.

These fake stores are obviously quite bad for Apple’s brand. Chances are that the employees at the “Stoers” aren’t very well-skilled and may be misguiding the customers. Sure, Apple is making money off these items, but it’s at the potential expense of bad PR.

Thanks for the tip, Alex!