Interesting developments in the world of iPhone unlocking today, with the news that the controversial GEVEY SIM continues to unlock iPhone 4, even when updated to iOS 4.3.4. 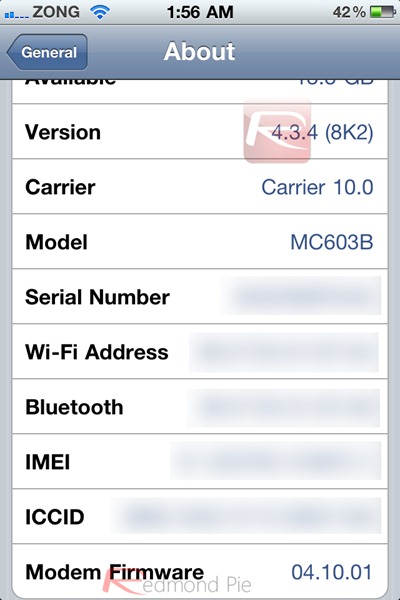 The news comes after Apple successfully blocking i0n1c’s jailbreak vulnerability, along with the ever-popular JailbreakMe 3.0 untethered jailbreak method in the form of iOS 4.3.4, released a few days back.

Most interesting however, is the fact that Apple did not block the GEVEY imposter SIM nor the GEVEY SIM Ultra in that matter, or more likely, it probably never crossed their radar during the development process of 4.3.4.

We at Redmond Pie have tested, and can confirm that the GEVEY SIM is working on iPhone 4 running iOS 4.3.4. The reason this particular method continues to unlock iPhones is the fact Apple chose not to update the baseband from the current 04.10.01 – meaning nothing has changed as far as GEVEY SIM is concerned. Great news for those who want to unlock their devices, especially considering Apple’s determination to block jailbreaking once and for all.

Good news too for iPhone owners wishing to get in on the iOS 5 action – despite Apple blocking the jailbreak-free unlock in iOS 5 beta 2 and later, users who maintain their existing baseband version using tools like PwnageTool or Sn0wbreeze will still be successful.

So how does GEVEY work? 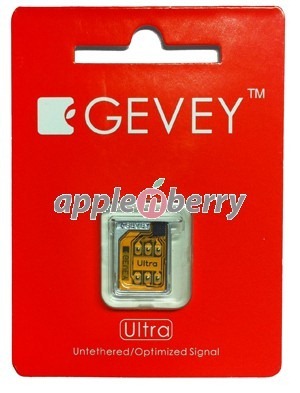 GEVEY is a company that manufacturers imposter SIM cards that forces your iPhone’s baseband to be unlocked in a matter of few easy steps, saving you the trouble of painfully waiting for an unlock for your iPhone 4. The way the SIM works is interesting, should that kind of thing float your boat, and is explained in one of our earlier GEVEY posts – well worth a read for the technically minded, might even push you into buying one, but yes, its legally questionable.

The actual process of applying the permanent unlock isn’t quite as complicated, and though older versions of the SIM required a call to the emergency services to activate, 112 if you’re already acquainted with GEVEY, the newer GEVEY SIM Ultra does not. Check out our guide for the whole process using GEVEY SIM Ultra, right here.

The real thing to take away here is that Apple hasn’t updated the iPhone’s baseband in its latest version of iOS 4, though that’s going to change when iOS 5 becomes public, later this year. With that, we can’t say for sure why didn’t Apple patch GEVEY in iOS 4.3.4, while they did in iOS 5 beta 2 and later, both of which were released earlier than iOS 4.3.4.

If you have updated to iOS 4.3.4, you can follow our tethered jailbreak tutorials to jailbreak iOS 4.3.4 using Redsn0w, or PwnageTool (iPhone, iPad, iPod touch).