Unless you have covered your eyes and ears for the last few hours, you’re probably aware that OS X Lion, the iteration of Mac OS X, became available to consumers today. Aside from being available in the Mac App Store, it now turns out that Apple is releasing bootable USB thumb drives with the full installer loaded on them. 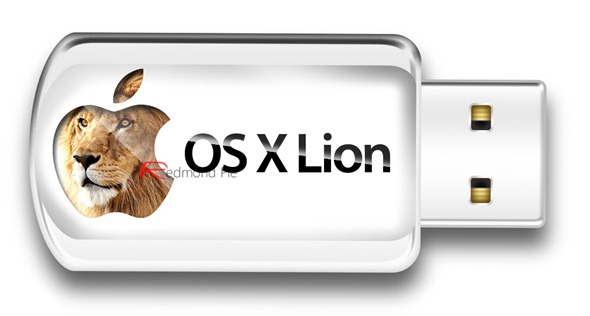 The unexpected announcement was made today on Apple’s official press release, with no additional promotion by the company.

According to Apple, who’s trying its best to push its digital downloading strategy, this method is only meant for those who do not have access to a broadband connection. The digital download isn’t only cheaper, costing a mere $29 as opposed to the thumb drive’s $69, but it should also be much more convenient for most users. Its size, 4 GB, is about as large as an HD movie, therefore it should not be a problem for most people. Those who wish to try upgrade their Macs using this method must wait until August for the installation thumb drive to become available.

Lion is the first ever version of Mac OS X to do away with physical copies entirely. Since its original 2001 release, Mac OS X was installed through a set of bootable CDs, and later a DVD, which was sold for $129, except for versions 10.1 and 10.6, since those weren’t significant upgrades from the versions that preceded them. Mac OS X Lion is at the cornerstone of Apple’s new digital downloads strategy: the Mac App Store. First announced last year, and released to most users earlier this year as part of the Mac OS X 10.6.6 update, said store is a software library of Apple-developed and third-party apps for the Mac platform. Lion will certainly be crucial to prove whether this new model will be successful or not, although Apple already has an incredible amount of experience with the same model in iOS devices.

You can check out the whole press release here.