Every few years Sony releases a new, updated version of its latest console. We got the PS4 Slim a handful of years after the PS4 arrived and while we’re still a year or so off the PS5 getting an official version that’s smaller and thinner, that didn’t stop one YouTuber from taking matters into his own hands.

That YouTuber, DIY Perks, took the guts of their PS5 and plugged them into a custom-made chassis that is just 1.9 cm thick. 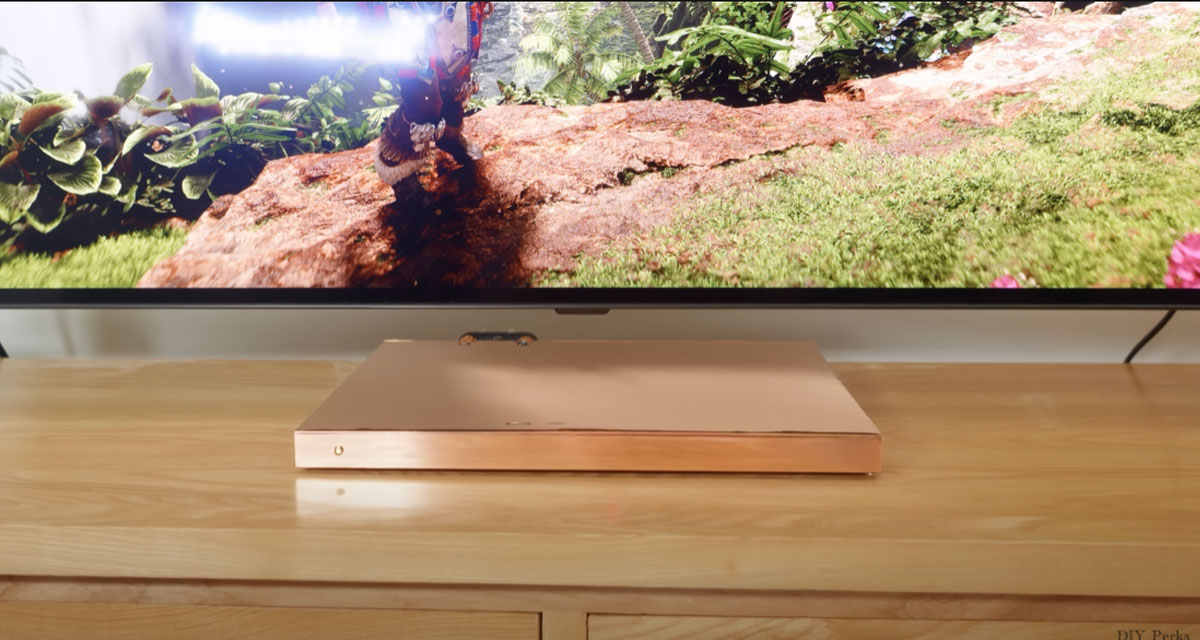 That’s obviously a LOT thinner than the PS5 in its normal state, but as you can expect it required a ton of work to make happen.

You can watch the full video to see how things went down because it’s a stunning idea and the finished product is just as impressive. But suffice to say that cooling a powerful PS5 required some custom watercooling and moving the power supply to an external contraption — that also ended up housing the radiator for that water system, too.

Unfortunately, it doesn’t all go according to plan and while we won’t spoil the ending for you, it’s a good reminder that even the most capable of people can do some pretty silly things when they aren’t paying full attention. Check the video out to see the full story, and prepare to wish you had one of these things under your own TV.