Chinese manufacturer Xiaomi has taken the wraps off its latest smartphone during an event in Beijing, with the Mi 6 being outed. The smartphone is the latest flagship device to come out of China and has ambitions of taking the fight to the likes of Samsung over the coming 12 months.

The Mi 6 is the first phone to come out of China that takes advantage of Qualcomm’s latest 10nm Snapdragon 835 CPU. That means users can look forward to taking advantage of eight CPU cores with a max clock speed of 2.45GHz. The Adreno 540 GPU that is included as part of the overall package is 25% faster than the Adreno 530 from last year, making it the perfect companion for virtual reality apps. 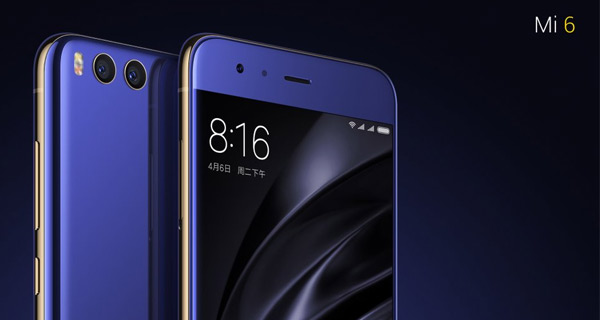 The look at the Mi 6 is not going to draw attention away from some of the more conspicuous designs out there, but it is a pleasing piece of kit to look at regardless.

With a 5.15-inch Full HD display and “four-sided 3D glass” flanked by a Blue or limited Silver Edition finish, the Mi 6 is a good looking smartphone, if a little understated when placed next to something like the eye catching Galaxy S8 from Samsung. Well that is until you throw in the Cermaic edition featuring four-sided curved ceramic, 8 Mohs hardness, and 18-karat gold camera trims.

Besides the display and CPU, the other numbers of note include 6GB of RAM, a 3350mAh battery, and a dual-camera setup. This takes advantage of a 12MP wide-angle lens that has been paired with a 12MP telephoto lens which in turn offers 2x lossless zoom like in iPhone 7 Plus. Dual-camera setups seem to come and go in the smartphone world, though the benefits of such a system are clear to see especially with phones such as the iPhone 7 Plus. 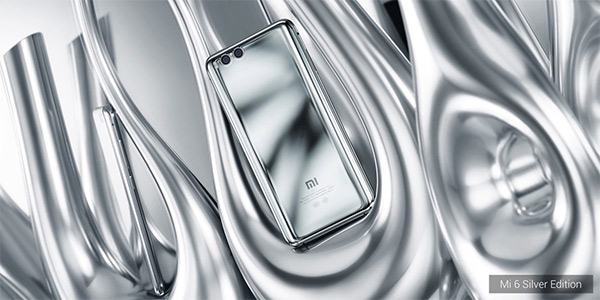 The real news here though is the lack of a headphone jack, similarly to the aforementioned iPhone 7 and 7 Plus. Stereo speakers are built in, but those who want to listen without bothering others will have to use either Bluetooth or USB-C connected headphones instead of the more traditional headphones we all have laying around. Xiaomi has also made the Mi 6 splash-resistant. 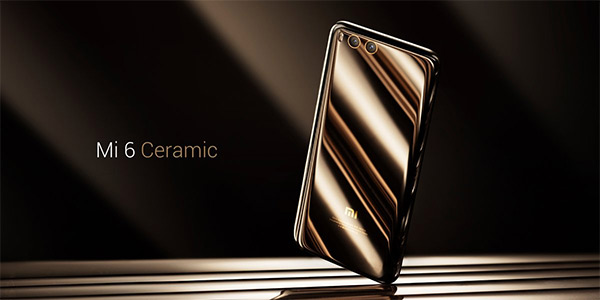 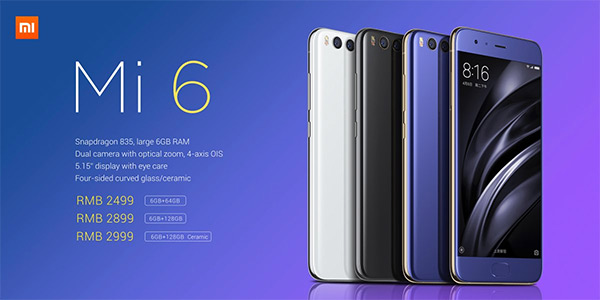