Xiaomi CEO Lei Jun has shared an announcement alongside an image of the packaging of his company’s next flagship smartphone, the Mi 11. The announcement confirms that the company will follow Apple’s lead by shipping without an inclusive charging brick in the box.

It really is a tale as old as time at this point. Regardless of individual opinion on Apple, the company is generally the first to take the plunge and make a stance by taking decisions that could go either way with public opinion. 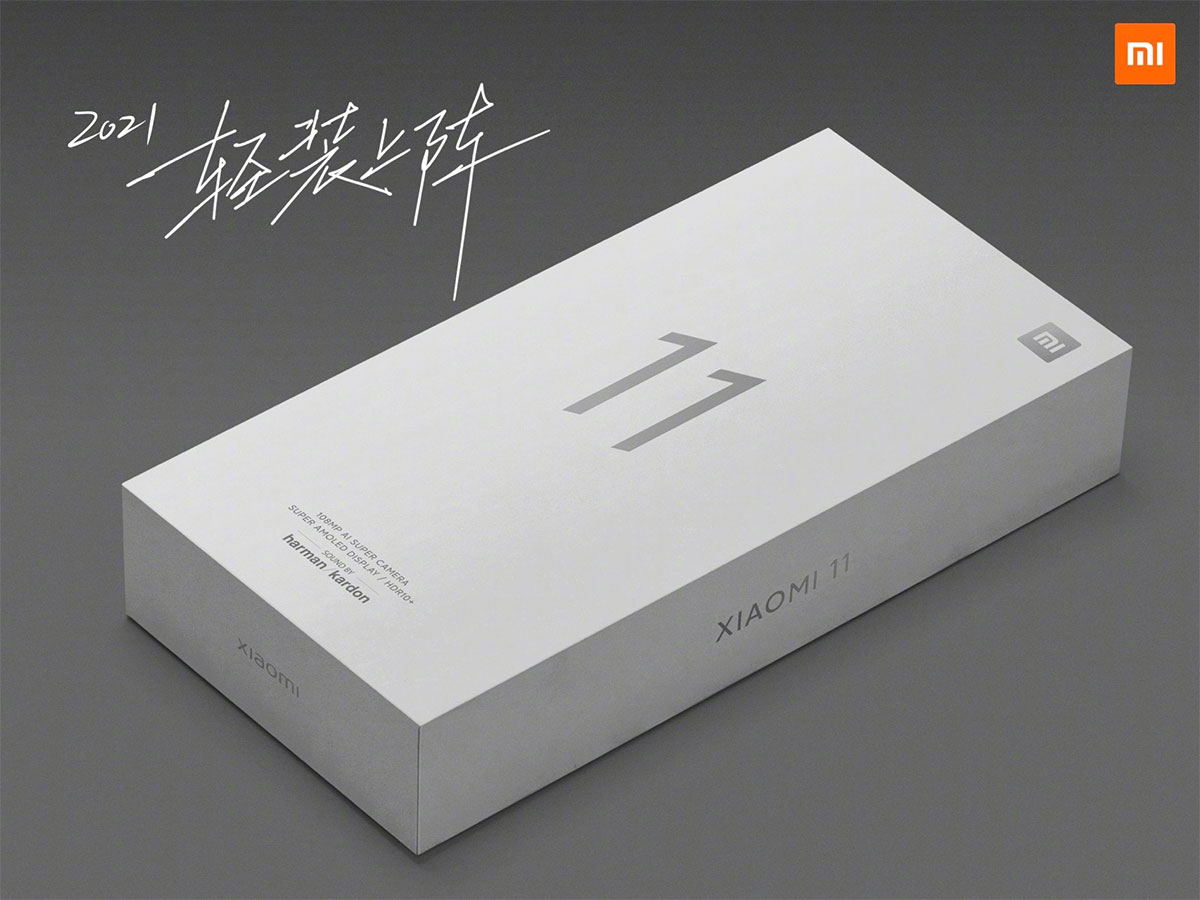 When Tim Cook’s company announced that the iPhone 12 wouldn’t come with a charger in the box, companies like Samsung and Xiaomi took every opportunity to mock. Now, they have both followed suit.

Lei Jun’s Xiaomi was one of the first companies to try and stick the knife into Apple by tweeting a video that emphasized the charger as part of the core device experience when purchasing a new smartphone.

Lei Jun is now suggesting that his company has answered the call of “technology and environmental protection” by deciding to ship the Mi 11 without a charger: 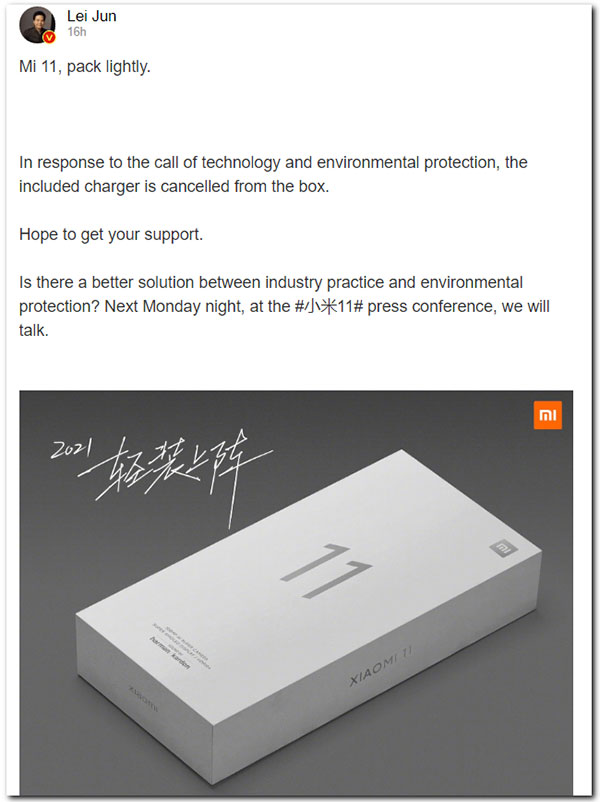 The inclusive picture of the Mi 11’s packaging shows just how slimline and compact the box is and confirms that there simply isn’t space for an inclusive charger. As controversial as this may be for some people based on Xiaomi’s previous stand, it really isn’t a huge shock. Lei Jun had previous posted about an imminent announcement on Weibo with an image of multiple chargers cast away in a box. The company’s intentions were laid bare with that single image.

Don't worry, we didn't leave anything out of the box with the #Mi10TPro. pic.twitter.com/ToqIjfVEQX

There can be no denying that not shipping with a charger in the box will have positive environmental effects and will reduce electronic waste. With that said, this isn’t all about the environment as the reduced size packaging will have positive shipping effects and ultimately allow Xiaomi – and other companies – to save big in other areas whilst still charging the same amount per unit.