Why NOT To Install iOS 13 On Your iPhone Today

Here are 6 big reasons why you may not want to install iOS 13 today on your compatible iPhone or iPod touch device.

It’s here. After months of beta testing, iOS 13 is upon us. And if you’re on the fence about installing the update right now, you might want to have a read of this. Because while iOS 13 is pretty great in lots of ways, it isn’t perfect. 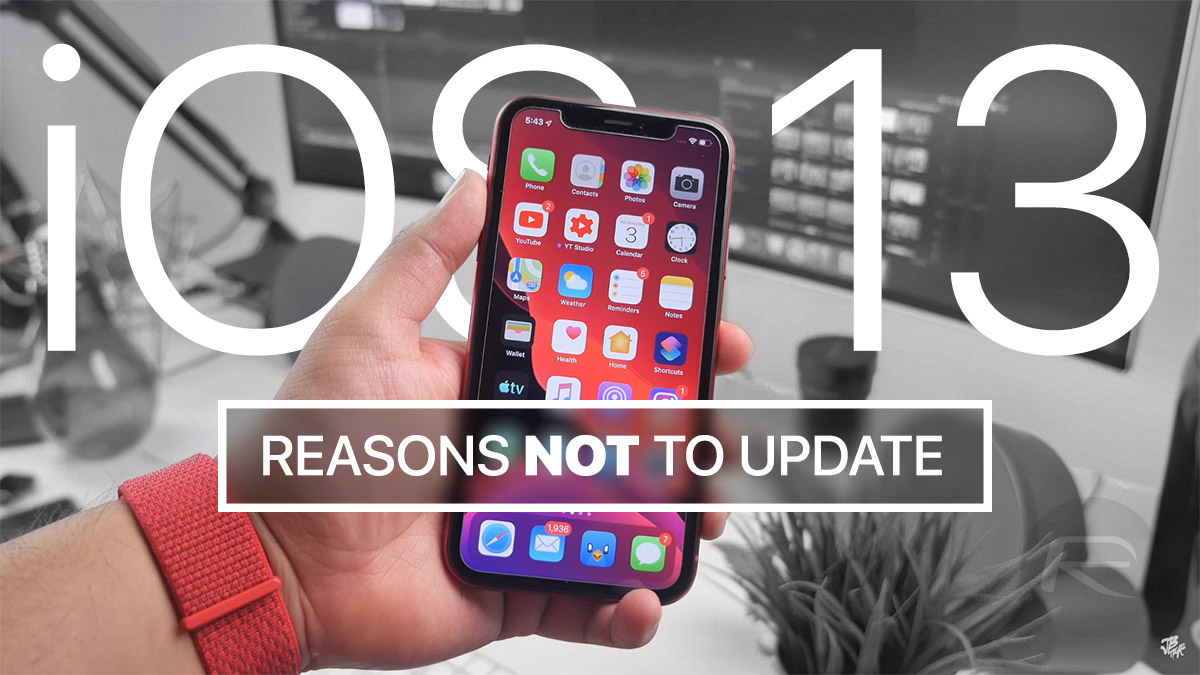 And not in the way that no software update is perfect, either. In many ways, iOS 13 is plain old bad. Depending on your particular situation, it’s downright risky, too. With that said, here are just some reasons you might not want to update to iOS 13, at least not today. Once you are done with this, don’t forget to check: 15 Reasons Why You Should Install iOS 13 On iPhone Today.

Despite months of beta testing, things still aren’t quite right with iOS 13. We’ve been using it over the summer and we’re still experiencing weird issues here and there. We wish we could blame third-party apps, but it’s mostly iOS itself at fault here. Whether it’s stock apps crashing, WiFi refusing to connect automatically when we return home, or just odd graphical glitches, it’s just not quite right. Yet.

It’s Not Available For Your iPad

If you’re using an iPad, you’re going to have to wait, whether you want to or not. Apple isn’t releasing iPadOS 13 at all and instead skipping straight ahead to iPadOS 13.1. That should perhaps tell you about the state of iPadOS 13 and by extension, iOS 13.

As we just mentioned, iPadOS 13 is being skipped in favor of iPadOS 13.1. That means iOS 13.1 is just around the corner, too. It’ll ship on September 30th. Is it really worth living with iOS 13 bugs for a couple of weeks?

There’s No Jailbreak Yet

If jailbreaking is a big deal for you, you’re going to want to stay away from iOS 13, at least for now. We don’t know when a real iOS 13 jailbreak is going to be ready and if you’re likely to miss your tweaks in the interim, you’re better staying put.

For all the bugs we’ve encountered during the betas, there will always be new ones that crop up when the update is used at scale. When millions of people install iOS 13, there are surely going to be issues found that we haven’t come across yet. Do you want to be the one that finds them? Maybe just hold off a day or two at least.

If you’re traveling, or plan on traveling, having a stable iPhone can be vital and we’d suggest holding off on this update, at least until you’re back. Learning about all that iOS 13 has to offer while on the road might sound like fun, until you realize you can’t make calls, or your favorite GPS app doesn’t work at all.