Let’s face it, most of us that own an iDevice, be it an iPad, iPhone or iPod touch are at least partially wooed by the cosmetics. Apple has a reputation of designing and bringing forth high quality products that sell well and look the part, as demonstrated by the recent iPad 2. 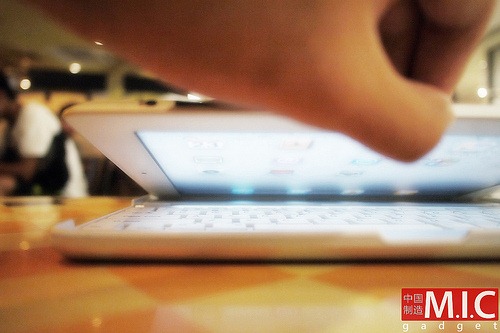 Accessories are a must for many users, but finding decent ones at a reasonable price can be a sometimes mammoth task. After spending enough to maintain a small army, Apple, along with many 3rd party suppliers such as Gear4 and Griffin charge a significant amount for accessories to protect and enhance the iExperience, and many of us take to the internet for our cases, screen protectors and speaker systems. China pumps out a lot of Apple related accessories through websites and other mediums such as eBay, but most of it tends to be, for lack of a better word – junk.

Every now and then though, along comes an eye opener, and M.I.C Gadget has certainly opened our eyes here at Redmond Pie with this bit of eye candy which gives your white iPad 2 that MacBook Air look: 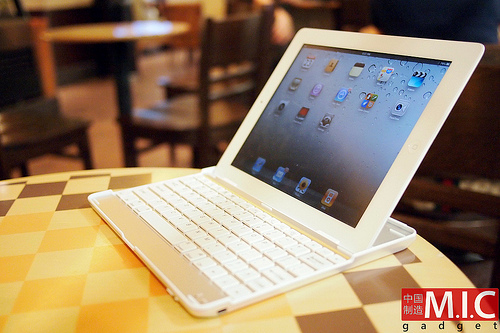 It is far from perfect, but for a mere $50, the White Aluminum Buddy Case certainly makes for a tidy yet cheap desktop accessory. As well as being a Bluetooth keyboard, it also doubles up as a cover which has a magnet in it, enabling that smart cover effect of auto-sleep when the cover is on. And to top it all off, it gives you a slight MacBook Air-ish feel to it, with the exception of the backlit keyboard and pretty much everything regarding hardware. But hey, its as close as it can get for this price range.

You can check out the video demonstration here:

Much like the previous black and white version we reported about earlier this month, you would certainly raise a few eyebrows in Starbucks with this unorthodox setup. Unlike its predecessor, this new white version will give the whole unit that signature Apple look. The guys over at MIC Gadget reckon that "girls will love" the all-white look. So hey, if you want to get girls, and you too believe that a cheap white keyboard is the solution, then give it a go. 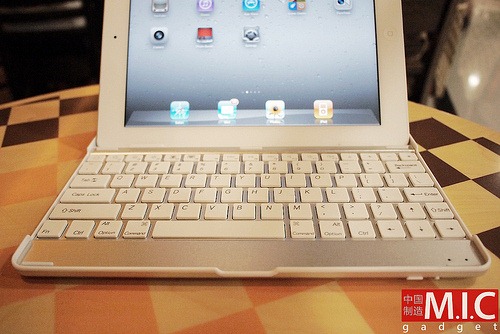 As we have mentioned before though, while such products are interesting and make for an entertaining read, we strenuously suggest you  purchase the proper products rather than opting for cheap unbranded ones such as the above. The keyboard you buy from the Apple Store is pricey for what it is, but you do get what you pay for – quality and warranty as is the case with most leading companies selling iAccessories. $50 Dollars seems cheap for such a product, but $50 becomes expensive when it breaks down or even worse, somehow causes your iPad 2 to break down. Perish the thought! 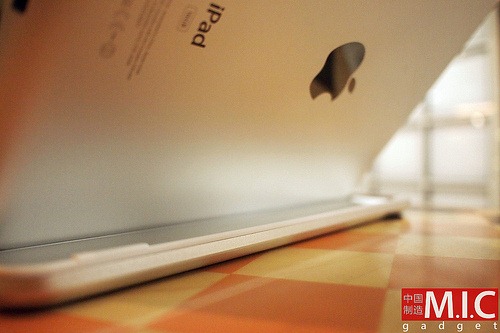