Apple Inc. has been granted 14 new US patents today with design patents pertaining to the design of the MacBook Air, iPhone 3G, Apple TV remote and, you guessed it, their battery charger.

The news comes from Patently Apple, a blog dedicated to the many patents Apple wins regularly. Today’s patent-win totals over 14, four of which are related to the design of Apple products.

The US Patent and Trademark Office officially published a series of 14 newly granted patents for Apple Inc. today and it’s Apple’s design related patents which won the day. While we cover Apple’s four design wins this morning, we also list a number of other delectable delights for the techies amongst us who might be interested in the details behind Apple’s H.264/AVC coder or Apple’s Motion program or perhaps Apple’s acceleration-based theft detection system for portables. 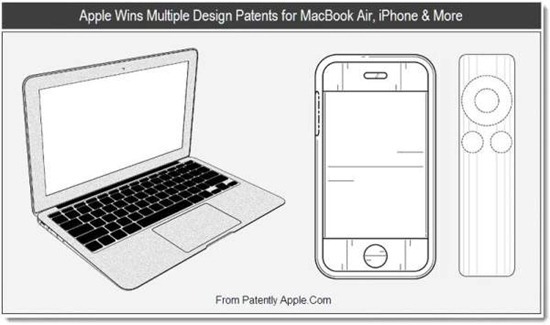 ASUS announced the UX21 ultraportable laptop over a month ago which features a design strikingly similar to the MacBook Air; hopefully Apple won’t sue them like they sued Samsung for blatantly copying the design of the iPhone 3G/3GS models. Keep in mind that the original “tapering” design came from Sony with their X505 ultraportable.

The second design patent is for the cover of the iPhone 3G i.e. the basic shell: the rounded edges, speakers/port/volume-rocker placement etc. are all included in the patent.

The other two design wins are for the Apple TV remote and the fruit company’s battery charger for AA cells.

Credits for all four design patents go to VP Industrial Design at Apple Jonathan Ive and his team of over a dozen members.

As for the rest of the ten patents, they include technologies related to the automatic powering off of Bluetooth devices, H.264/AVC encoders, accelerometer-based theft detection system for portable devices, noise reduction and graphical editor for program files (among others). 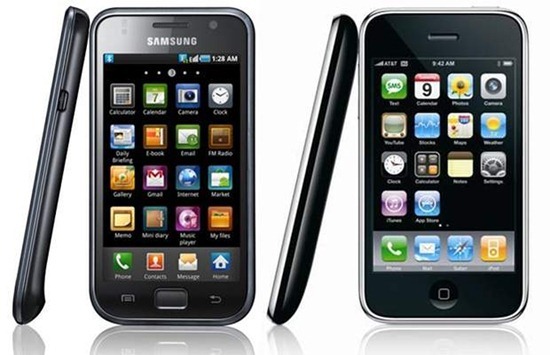 The most high-profile current lawsuit is against Samsung Electronics for their Galaxy series of smartphones and tablets which reportedly blatantly copy the iPhone 3G/3GS hardware design as well as the iconography of iOS – Apple’s mobile operating system. Apple also sued smartphone manufacturer HTC for infringing upon five software and hardware patents.