WhatsApp users have a new feature to look forward to after the instant messaging platform’s new disappearing messages began rolling out.

The feature, according to a TechCrunch report, allows users to see messages for seven days but beyond that, they’re gone. The same report does say that WhatsApp is keen to hear feedback as to whether that needs to be longer or shorter. 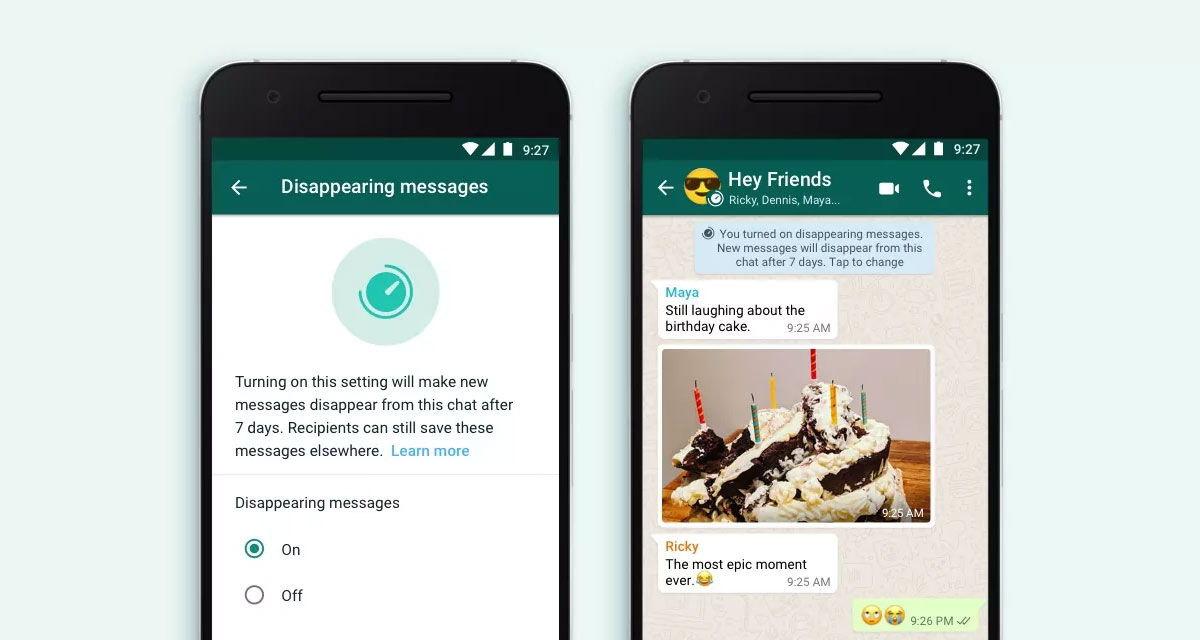 Facebook recently announced that WhatsApp passed the whopping milestone of 100 billion messages sent per day, but not everyone wants those chats to stick around forever. Now, Facebook’s wildly popular messaging app with 2 billion users is adding a feature to give people more control on how their words and pictures live within the app. From today, messages — including photos and videos — can now be marked to disappear after 7 days.

There are a couple of reasons why some people enjoy messages that automatically disappear, but by far the most obvious is the fact that private messages will not hang around on devices forever.

That could come in handy, although anything truly damaging or embarrassing is still susceptible to being screenshotted.

If you aren’t yet seeing the options for the new disappearing messages it’s likely only a matter of time before you do. Give it a while and we’re sure you’ll be in on the act soon enough.