WhatsApp is testing the ability for people to send and receive WhatsApp messages with files up to 2GB in size, according to a new report.

WhatsApp watchers WABetaInfo reports that a small number of people in Argentina who are running the latest beta version of the app are now being given the option to send files up to 2TB in size, an increase that is a considerable one given the current limit to just 100MB.

WhatsApp is starting a small test in the last few days, and some people can now share media files up to 2GB! Unfortunately, this is only available in Argentina and it is limited to a certain number of beta testers. In fact, we don’t even know if WhatsApp is planning to roll out the same feature to more people in the future, since this is a test. WhatsApp may even roll back the changes by restoring the previous limit after the test: only time will tell.

There is currently no indication as to when we can expect this feature to be made available to more beta testers, let alone the version of WhatsApp that is available for download publicly.

WABetaInfo does note that people using both Android and iOS are now able to test the feature — so long as their accounts have been enabled, of course. 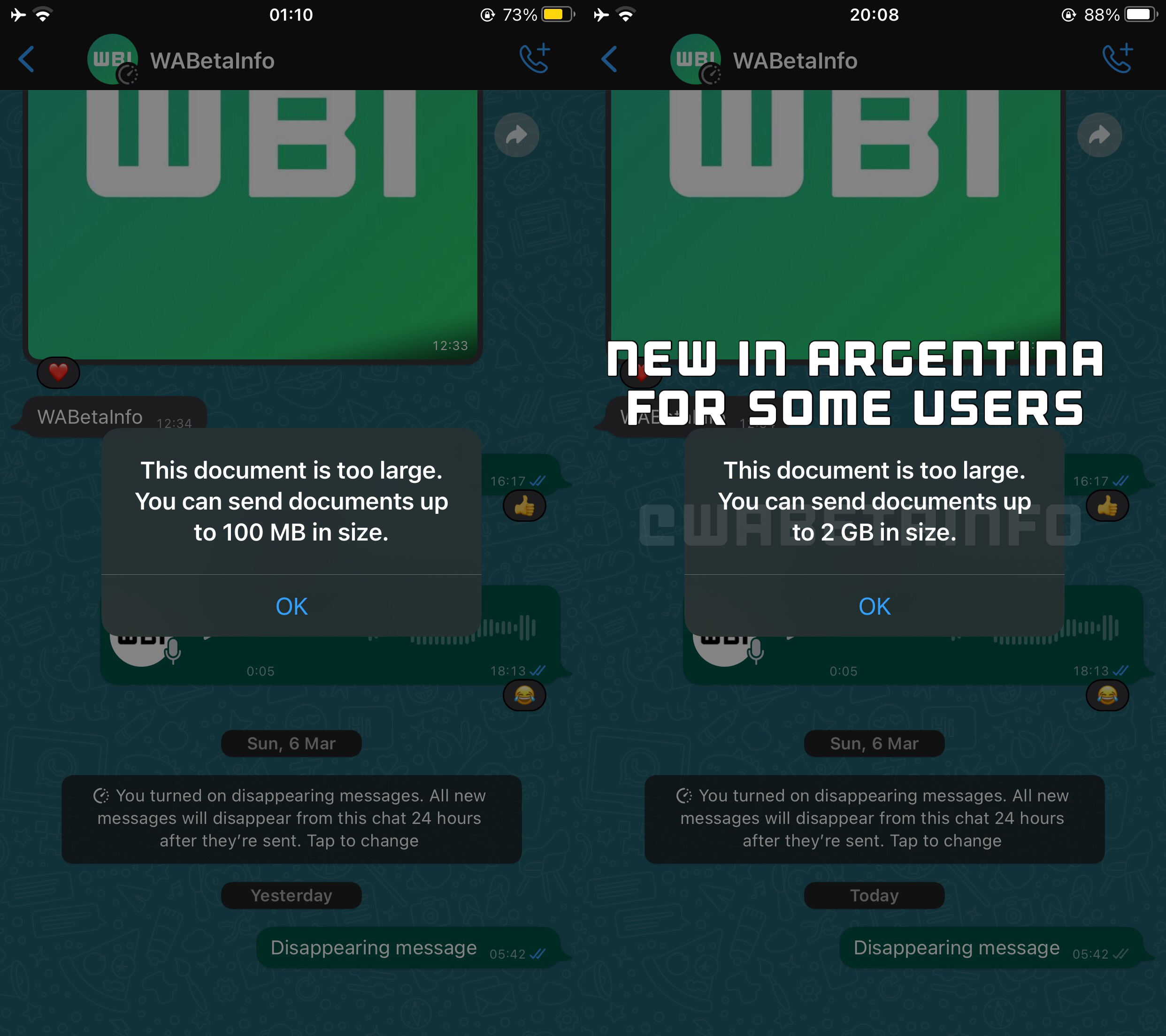 Being able to send files via WhatsApp can be useful for all kinds of reasons, but 2GB does seem like a lot of file. While the current 100MB limit obviously needed increasing, it’s interesting to see WhatsApp jump all the way up to 2TB.