WhatsApp Is Limiting How Many Times A Message Can Be Forwarded

WhatsApp is reportedly readying a change that will prevent people from forwarding messages to more than one group, likely in an attempt to help prevent the spread of spam and misinformation.

The change is currently available to some via the TestFlight beta version of the WhatsApp app, but it seems likely that the feature will eventually be made available to those who are using the App Store version, too.

The new change was first reported by WABetaInfo which says that it is already in place for those who are using the latest WhatsApp beta on Android. The addition of iPhone users suggests development is progressing well.

As you can see in this screenshot, it is no longer possible to forward forwarded messages to more than one group chat at a time and this is an additional way to limit spam and misinformation. New rules for forwarding messages only apply to already forwarded messages. The new limitation has been already rolled out to certain Android beta testers, but WhatsApp is now enabling the same restriction to more users that install the latest WhatsApp beta for Android 2.22.8.11 update and more people will get the same changes in the coming weeks.

WhatsApp has previously come under fire for the spread of spam and misinformation on its service. Preventing people from blindly forwarding messages to multiple groups at once could slow that down, although whether it will eliminate it entirely remains to be seen. 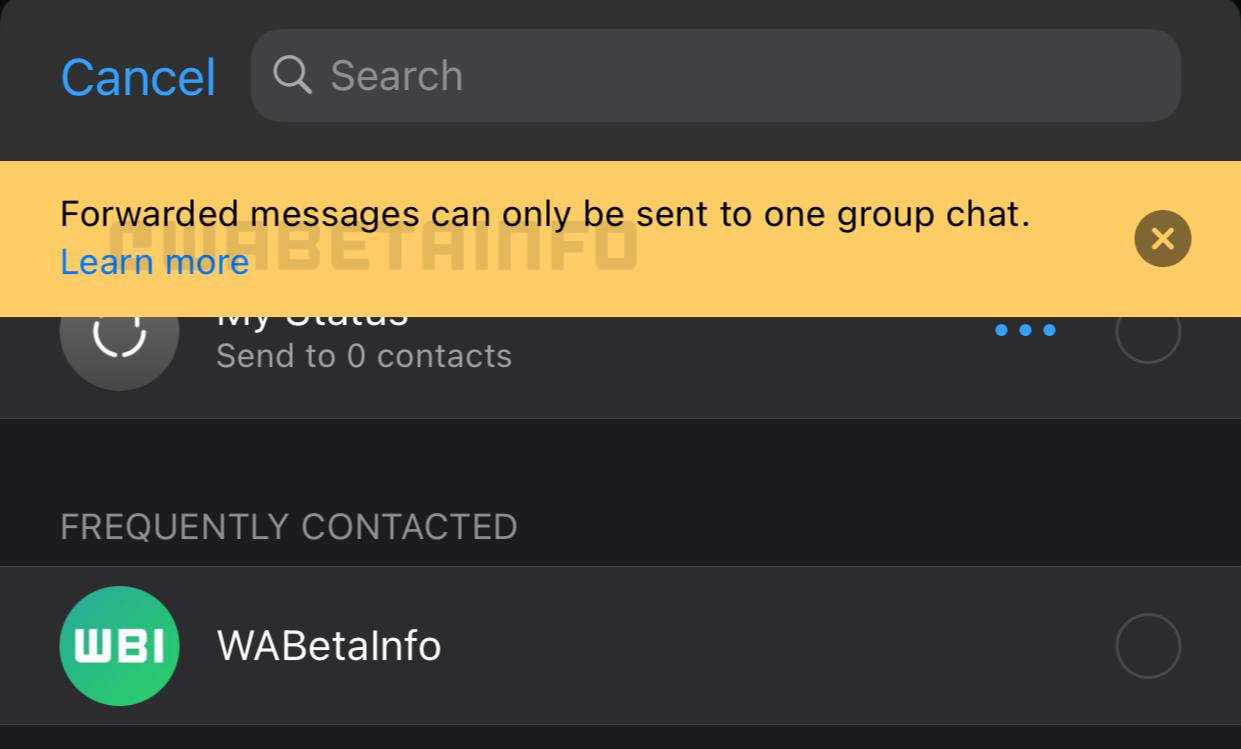 There is currently no indication of when this change will filter through to the version of WhatsApp that can be downloaded from the App Store.