Steve Jobs is sadly no longer with us, but as we’ve found out before, there are plenty of people out there who look like him. That means that we sometimes get situations where people think Jobs is still alive.

Presumably living on the moon with Elvis and JFK. But this lookalike went to an Apple Store to see what would happen. 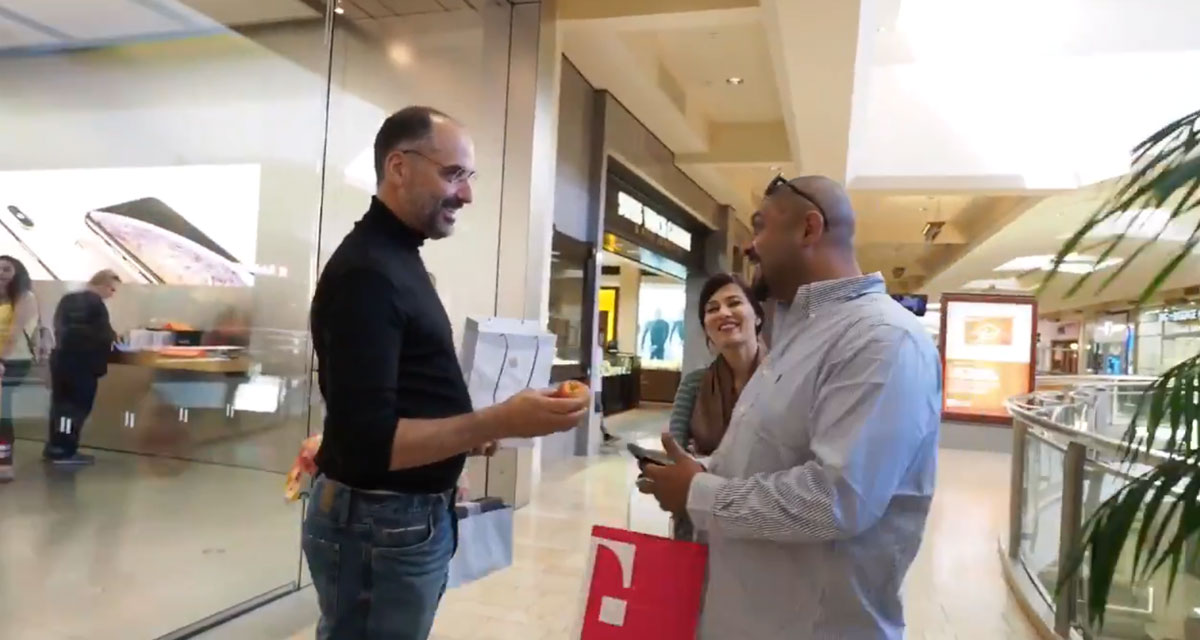 The person in the video is the uncle of a TikTok-er and the idea was simple; dress him up to look like Steve Jobs, glasses and all, and then send him to the local Apple Store. You can see the results for yourself because it was all captured on video.

We have to say that we’re not sure this guy really looks all that like Jobs, despite having all the right gear. The glasses are a nice touch, though. Plenty of people in the video seemed to know who he was supposed to be, although we doubt any actually thought it was the man himself.

Ultimately the whole thing was called off when the imposter was asked to leave, but if you want to see what a Steve Jobs lookalike looks and sounds like when stood outside an Apple Store, you’re in for a good day. He even has some of the phrases down, too.

So I dressed him up and took him to the Apple Store until we got kicked out. 🍎📱💻#apple #SteveJobs #iPhone11 #iPhone11ProMax pic.twitter.com/9r1wtXHKHT