There’s a theory that every one of us has a double, somewhere in the world. If that’s true, then Steve Jobs’ double has been found and he’s apparently in Egypt.

This revelation came after someone who appears to like almost identical to Jobs appeared on Twitter and as you might expect, the social network lit up. Some people even wondered whether it really was Jobs and that he was just living out his life outside of the spotlight. 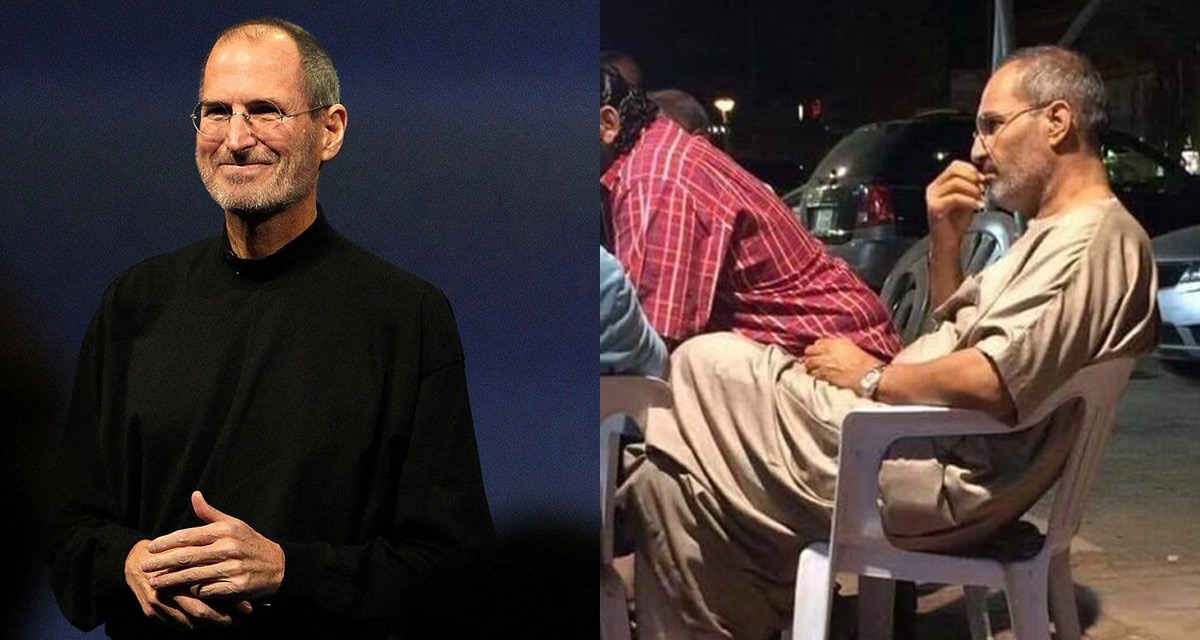 That’s obviously absurd, but it’s the same theory people have had about people like Elvis for many years. That’s ludicrous too – we all know he’s living on the moon with Tupac, right?

Little is known about the man in Egypt other than the fact that he looks about as similar to the real Steve Jobs as we’ve ever seen.

The former CEO passed away in 2011 following a long illness, and he continues to be missed to this day. We also imagine that he’d find the discovery of his double rather amusing. Jobs famously had actor Noah Wyle open the 1999 Macworld keynote after he played the Apple co-founder in the Pirates of Silicon Valley movies. And if you haven’t yet seen that movie, you really owe it to yourself to watch it ASAP.

Whether he knows it or not, we bet this Steve Jobs double could make a decent living out of his similarity to the man who turned around Apple’s fortunes. If he didn’t know before, we suspect he does now.