You can now download iOS 13.1 beta 1 IPSW links and OTA update profile along with iPadOS 13.1 beta 1 for your iPhone or iPad device. Here are the details.

Apple has today made the first beta release of iOS 13.1 and iPadOS 13.1 available to developers. The downloads are currently available as OTA updates for those who already have the iOS 13 developer profile installed on their test devices. 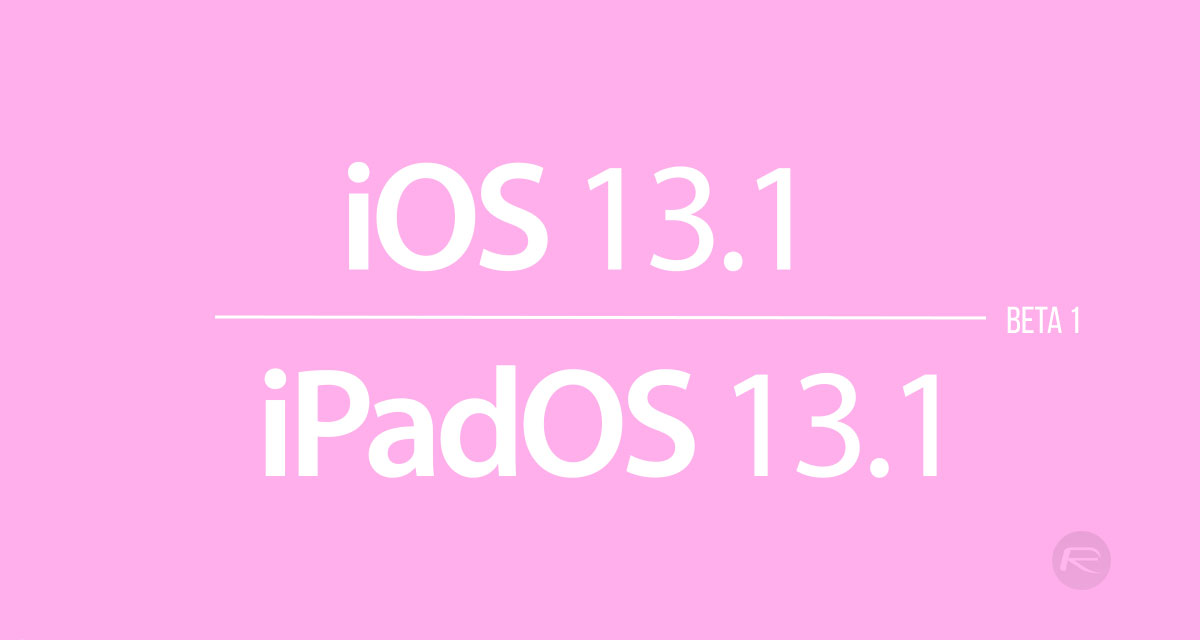 Apple is roundly expected to release iOS 13 and iPadOS 13 to the public in September, but the beta program for those updates hasn’t been without issue. Bugs have come and gone as have features, with some disappearing completely.

It’s suspected that those features will be reintroduced with iOS 13.1 and iPadOS 13.1, although we haven’t yet had chance to install either updates ourselves.

This latest release is one that has taken most people by surprise. With iOS 13 and iPadOS13 still not ready for the public, Apple already testing their replacement is unusual. It also suggests that there will be no more iOS 13 or iPadOS 13 betas ahead of their public release.

We’ll be testing both updates when we get them installed on our iPhones and iPads. We don’t expect anything new, per se, but rather the return of features that were stripped out of recent beta releases. It’s likely Apple simply needs more time to get its ducks in a row, hence the 13.1 update that will arrive at some point in the future.

The iOS 13 and iPadOS 13 updates are expected to ship on new iPhones and iPads that are expected to be announced in September and October respectively. We don’t expect version 13.1 to be the one the new hardware arrives with, but rather that an update will follow shortly after their release.