Here’s a demo video of Vivo Apex – the company’s nearly bezel-less concept Android phone with a 6-inch screen and a retractable front-facing camera.

Even in a world with the iPhone X and the Galaxy S9, there were more than a few suggestions that the smartphone market was suffering something of a design crisis. After all, just how many different ways can you slap a piece of glass onto a slab of metal and claim it looks new and edgy? 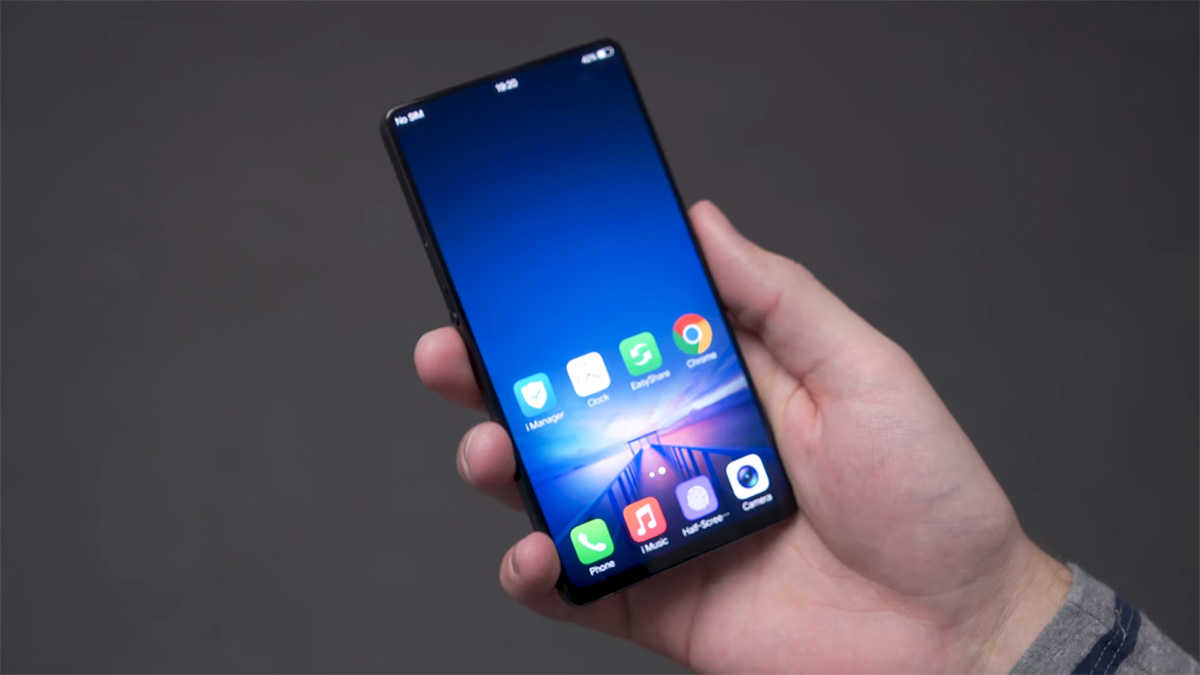 As it turns out, not many, but it is more than fair to say that the iPhone X’s quest to kill the display bezel is the nearest we have come to the idea of a smartphone being nothing but screen to date. Now though, even Apple’s flagship iPhone looks a little odd beside what may be the best looking smartphone in the world – unfortunately, the Vivo Apex is a concept, rather than a retail product.

While we may never see the Apex in stores, the concept itself is actually a fully functioning smartphone, so what we see here is possible right now. That gives us hope that we could see phones like this sooner rather than later, although Apple’s Face ID technology will likely still need that infamous screen notch for a little while yet.

So what makes the Apex so interesting? Without doubt, it is those bezels or, more accurately, the lack of them. With just 1.8mm of glass surrounding the display on three sides and a 4.3mm bezel at the bottom, this 6-inch 18:9 display looks beautiful thanks to a screen-to-body ratio north of 90%. The in-screen fingerprint sensor helps make all of this possible, and that sensor also allows for a fingerprint to be read across a full third of that 6-inch display, meaning you won’t have to hunt for just the right spot in order to authenticate.

With such small bezels, you will no doubt be wondering where the front-facing camera is. It’s there, just not all the time – invoke the selfie camera and a motorized slider pushes it out of the top of the phone. We’re not sure how sturdy such a solution would be in real-world use, but it sure does look great in this concept.

Beyond the camera, all the usual ports and sensors are in place, including an ambient light sensor that has been moved to the top edge of the phone, away from its normal spot above the display. Everything appears to work just fine, and we’re told the lack of a speaker at the top of the phone is no detriment too, thanks to the bone conduction technology used to get sound into your ear when making a call.

All of this sounds great, and it sure looks wonderful, too. If Vivo sold this tomorrow, we’d have to try really hard to stop ourselves from buying an Apex. As far as concepts go, surely that’s as ringing of an endorsement as you can hope for.