Video Shows How To Convert iPhone 6s Into An iPhone 7

Sometimes we come across a YouTube video that takes our breath away. Sometimes that’s a good thing, and sometimes it’s bad, and sometimes we just can’t quite make up our minds. Once we spotted a video in which an iPhone 6s is apparently turned into an iPhone 7, we knew this was one of those occasions.

The video, apparently filmed at Liberty Bridge in Budapest, shows a poor, helpless iPhone 6s being ripped apart with all manner of power tools. In a quest to attempt to make the iPhone 6s look like an iPhone 7, its headphone port was filled with a soldering iron and an extra camera unit was taken from another unsuspecting iPhone in order to give this Frankenstein’s iPhone 7 an extra lens in order to match up with rumors that a dual-camera iPhone 7 is on the cards. 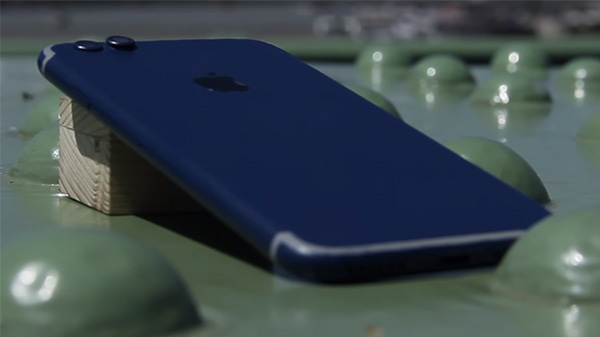 Other rumors that were machined into the poor iPhone 6s include dual speakers, redesigned antenna bands and the new Deep Blue chassis. If there is one thing we can say about this little project, it’s that no rumor was left unturned in order to achieve as close to 100% authenticity as possible, assuming you can call it that.

While we obviously wouldn’t suggest that anyone follow suit and create their own iPhone 7 in this way – it would definitely be best to just wait for September to roll around – we have to take our hats off to the people behind this video. It’s not every day you see an angle grinder taken to a high-end smartphone. We’re not sure it should be happening more, but still, it makes for a damned fine video!

With the iPhone 7 expected to be announced in September we don’t have long to wait in order to find out what the new smartphone will bring to the party. Without a shadow of a doubt the most controversial rumor is that which claims the headphone port will be removed from the iPhone 7, and we can’t wait to see how that pans out.