Amazon today announced that it would begin offering some Android smartphones at a subsidized price, so long as buyers are happy to have the company install its own applications on the devices as well as display promotions on the lock screen and notification shade. In a move that mimics which saw some Kindle and Kindle Fire devices display promos, or special offers, as Amazon likes to call them, the discounts could be as much as 50% depending on the device in question.

Currently announced to be available for the recently announced Motorola Moto G4 and the BLU R1 HD, both of which are expected to ship on July 12th, the promos will be displayed on the lock screen of all subsidized devices as well as the notification tray. 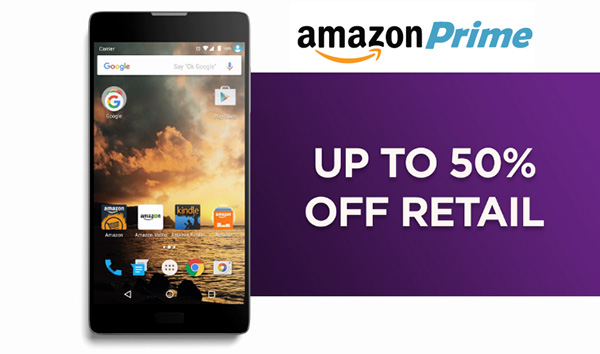 That means that even if Twitter or Facebook were to send you a notification, just below that could be a promo for a new TV show on Amazon’s Prime Video service. These notifications can be dismissed, but not for long. Users also won’t have any control on how frequently they appear, and Amazon isn’t saying how often users should expect to see them either.

Amazon has offered discounted products in exchange for eyeballs before, but this is the first time a third-party hardware maker has been involved. The resulting discounts vary depending on the device. The new Android smartphone from BLU, a little-known American manufacturer, will set buyers back just $50 with all these promos on them. The fourth-generation Moto G will cost $150, down from its original price of $200. Both represent decent deals, and if a high-end smartphone isn’t on your shopping list, these devices may make plenty of sense if you can bear to put up with those Amazon promos.

Alongside these ads, however, Amazon will also be installing its own software. This may prove to be a bigger issue for some, and while the apps can theoretically be deleted, they will never truly leave your device no matter what you do. Amazon insists no personal data will be collected, though information such as which promos are interacted with will be collated. That may bother you, and it may not, but it’s something to bear in mind when taking your discount from Amazon.

So, if you don’t mind looking at these promotions from Amazon on your lock screen and notification tray so much, then a discount is always welcome. You will need to be an Amazon Prime subscriber to take advantage of all of this, of course, but at this point, who isn’t?