You never know until you actually know, but this could be our very first glimpse at Apple’s 2016 flagship iPhone 7 Plus. There’s no real way of determining if this is an official prototype of the iPhone 7 Plus that has rolled out of the assembly line in China, but regardless of its validity, it raises interesting questions about the potential design of the new iPhone and gives us a look at the new and improved dual-camera system that could ship with the hardware later this year.

The overall shape of the hardware resembles the current form-factor of the iPhone 6s Plus in terms of its dimensions and curved edges. It is however immediately notable that the device shown in this leaked image will come with a substantially different camera setup than what we currently have with the iPhone 6s and iPhone 6s Plus. The larger pill-shaped aperture, which protrudes from the back of the device, has clearly been extended to play home to the highly speculated dual-lens camera system that we’ve heard so much about.

There has been a great deal of speculation over the last few weeks about whether or not Apple will use a dual-camera system as a differentiating factor with the available iPhone 7 models. Some sources have suggested that the iPhone 7 Plus will stand above its smaller non-plus brother as the more premium of the two models thanks to this innovative camera solution. Some have suggested that both models will benefit from the upgrade, whereas some analysts believe Apple simply isn’t in a position to integrate that type of camera tech into a mobile device just yet. This leak is informative in the fact that it suggests at least one of the models will ship with dual camera lenses.

If you look closely, you will also notice three small dots that are located at the bottom rear of the shown device. The leaked photo itself isn’t the greatest quality, but it’s very likely that this could be the presence of a Smart Connector port that would allow the iPhone 7 Plus – and perhaps iPhone 7 as well – to be used with a range of new and innovative accessories. This type of connectivity first made an appearance with the release of the 12.9-inch iPad Pro last year. 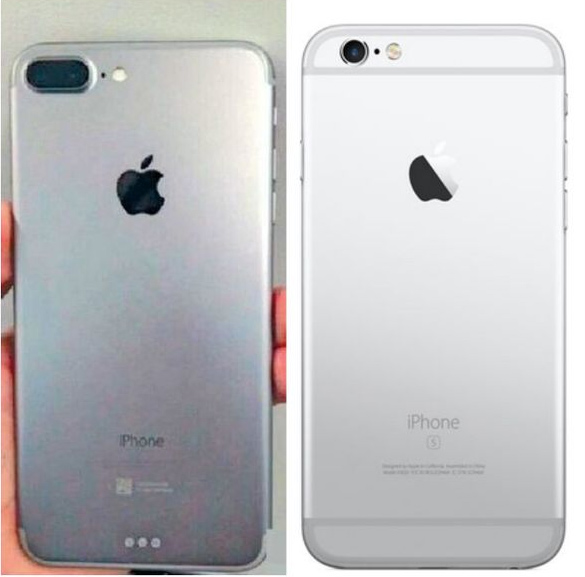 Photo: iPhone 7 Plus with dual-lens camera, smart connector, no antenna bands on left, iPhone 6s Plus on right.

The leaked photo however does not show us the bottom end of the phone, leaving us to continue speculating on the fate of the 3.5mm headphone jack and the arrival of a dual-speaker setup, but it does pack the cleaner redesigned antenna lines that has been speculated for a while now.

An interesting concluding note by the source suggests that Apple is also looking to increase the storage capacity of the upcoming phones from 128GB to a whopping 256GB. Building on the new leak, iPhone customizers Feld & Volk have also released a render of the iPhone 7 Plus, carrying the elements seen in the leaked photo. 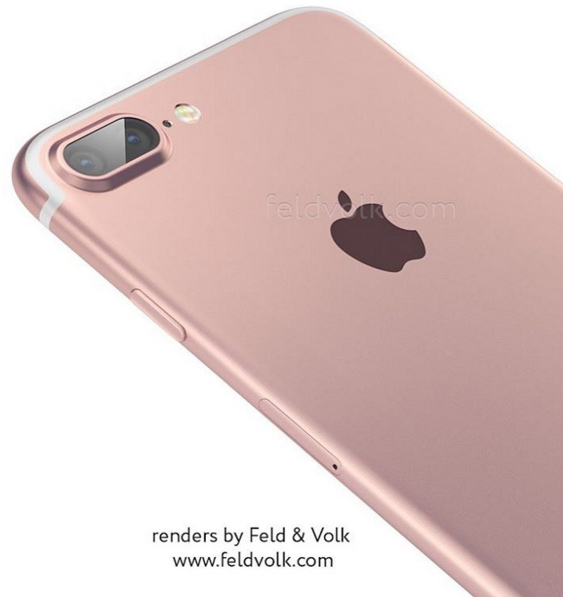 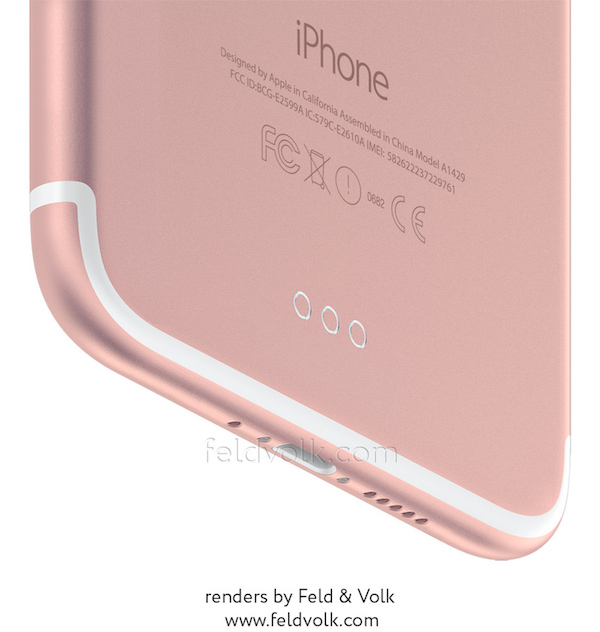 We would definitely like to see a few more leaks of this nature to provide some kind of legitimacy to the leaked photo before we take it as gospel, but for now, it’s a great start to get a feel of what could possibly come with the iPhone 7 and iPhone 7 Plus.