Ever wondered how your favorite open-world or battle royale game compares to others vis-à-vis map size?

Well, YouTube channel Red Side sure did, putting together a visual comparison between the map areas of nearly 50 popular sandbox, BR, MMORPG, and survival games, starting with Assassin’s Creed: Unity and Fortnite, all the way to Minecraft and No Man’s Sky. 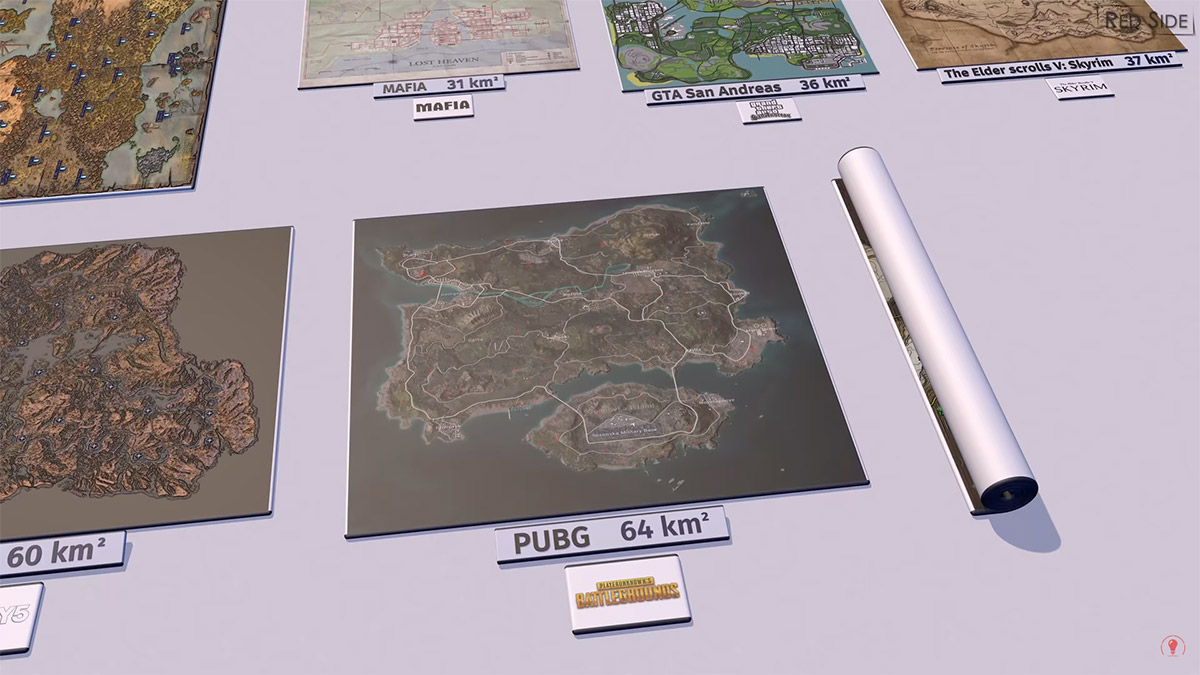 The six-minute video, which took the channel 31 days to put together, estimates the span of each map in square-kilometer, though the video’s description doesn’t explain how that estimation was made or quote a source for the same, though it seems some of its info may come from this 2017 infographic comparing video game map sizes. There are a few major titles missing from the pool as well, such as Rockstar’s latest Western masterpiece Red Dead Redemption 2 and the space MMORPG EVE Online, among others. That doesn’t take much away from the video, however, with it still being an interesting watch.

Of course, in this vein, we can confidently say that size isn’t the only thing that matters. A game could be twice as large as another and have half the content. In fact, more content doesn’t mean more fun either. It is why a world as rich as that of The Witcher III: Wild Hunt may not feel dwarfed by the unfathomably vast, procedurally generated universe of No Man’s Sky.

Speaking of No Man’s Sky, the game sits at the top of the pool with a massive lead over Minecraft in second place. At the opposite end, we have Assassin’s Creed: Unity, Batman: Arkham Knight, Assassin’s Creed: Syndicate, and Fortnite, with PUBG and The Legend of Zelda: Breath of the Wild making an appearance somewhere around the middle of the video.

You can watch the video below. If you don’t have six whole minutes to spare, we’d suggest watching it at twice the playback speed.