When Timeline dropped at Facebook’s f8 keynote back in September, it was billed as one of the biggest features to be added to the social network leader since its inception several years ago. 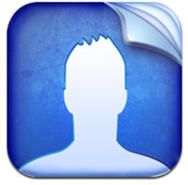 Reading a surprise biography covertly compiled by Facebook certainly draws nostalgia from users – particularly those with eventful and ever-changing lives.

Although still in beta stage, most users have access, and as well as being an abridged life story, it also allows users to add favorite photos, widgets and the like.

iOS development firm Loytr, of MyPad for Facebook fame, has now created what looks to be another useful social app, allowing users to browse through Timeline as opposed to the original, somewhat less exciting profiles. 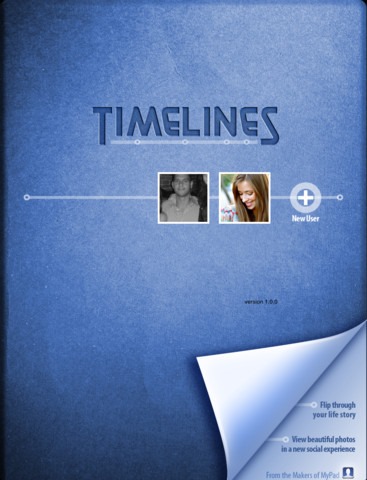 Aptly entitled Timelines for Facebook, it presents a new angle on iPad Facebook use. You can browse through Timelines of those on your friends lists in alphabetical order, or alternatively, you can flick through randomly. It allows you to flick through pages like a real book, in a similar fashion to iBooks and other reader apps.

With MyPad being one of the choice third-party Facebook clients (commanding in excess of 2.5 million daily active minions), it certainly seems as though Loytr has come through with another gem to its roster, which will soon include GPad, an app which will cover both Facebook and Google’s beta effort Google+. 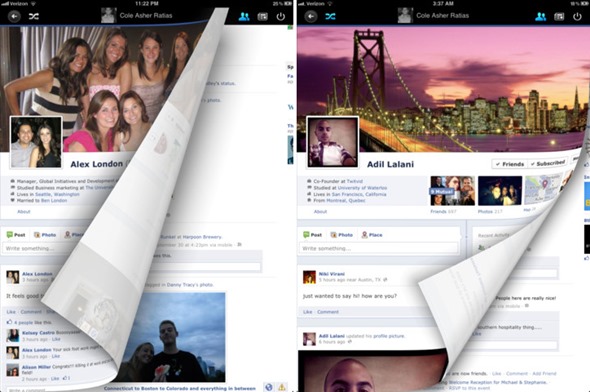 It’s great to see developers pumping out great third-party apps for those communicative types amongst us. After all, Facebook for iPhone has had its fair share of problems, and although it received a massive update in conjunction with the main-site revamp, there continues to be a rather large queue of disgruntled Facebookers ready to slander the amount of bugs prevalent in each update.

The key thing with social apps is the content as opposed to the app itself. People want to make posts, send messages and browse photos without any bugs, and Mark Zuckerberg’s expansive crew doesn’t seem to have mastered this just yet, if the current iTunes comments and ratings are anything to go by.