Developer Tihmstar has continued development on the wonderful UntetherHomeDepot package, available via Cydia. After initially releasing the tool under the BetterHomeDepot label just last week, Tihmstar has issued multiple version updates with improvements and bug fixes, with the latest release taking the package to version 1.2.0 with a patch included for a fairly critical bug.

Version 1.2.0 of UntetherHomeDepot doesn’t go too in-depth in terms of adding new features and functionality. Instead, in an effort to improve the experience, Tihmstar has patched a fairly serious bug in the tool which was preventing certain users from actually managing to get that untethered experience. 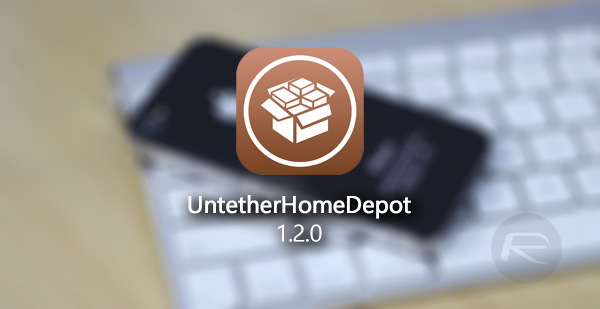 Given the fact that UntetherHomeDepot’s only function is to introduce an untethered experience for iOS 9.3.4-9.1 HomeDepot-based jailbroken devices, the bug can instantly be defined as service critical, meaning that the developer has updated it as quickly as possible to resolve the issue.

The corresponding tweet which announced the update not only allowed users to know exactly what has changed but also showed how serious the bug was by highlighting the fact that it would essentially disable the untethered experience for anyone who had a passcode active on their device. Much to the delight of those users, the update to version 1.2.0 should immediately rectify that problem and allow the process to be as seamless as possible where a passcode is concerned.

Just pushed v1.2 which fixes a bug where having a passcode would disable untether.

One of the great things is that the jailbreak community has been a hive of activity recently. Developer Tihmstar has been right amongst the action with the release of UntetherHomeDepot, but there’s also been the soon-to-be released the ziVA exploit by Adam Donenfeld and the introduction of the OF32 tool which allows device owners to extract the necessary offsets to work alongside the UntetherHomeDepot experience. 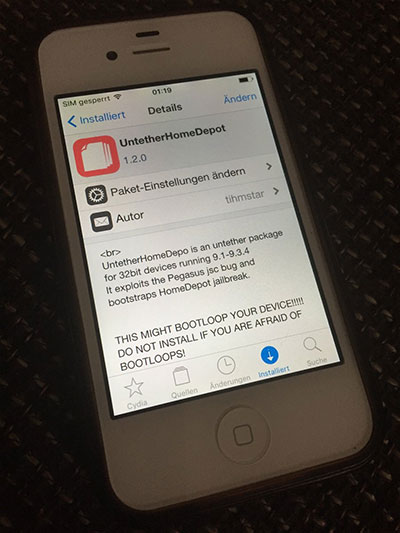 For those who already have the UntetherHomeDepot package installed via Cydia, or who have been sitting on the fence waiting for the initial bugs to be ironed out before running it on their devices, version 1.2.0 with all of the aforementioned improvements are available now via Cydia. This should hopefully be the update which removes the serious issues and gives a firm footing for development to continue to hopefully provide the best possible experience to end-users.