Prominent jailbreak developer Tihmstar has been hard at work again updating his BetterHomeDepot package to version 1.1.0, bringing with it a naming facelift which sees the package more aptly named to UntetherHomeDepot.

The latest version, complete with a name change, is now live on Cydia, and comes complete with generic improvements and bug fixes to improve the overall stability and experience. 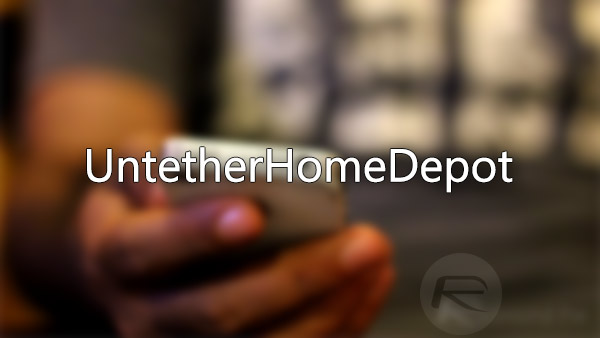 It has been a little bit of a whirlwind ride for UntetherHomeDepot since it was initially released just a few days ago. The developer behind the package saw the opportunity to build a package which would turn a semi-tethered HomeDepot-based jailbreak into an untethered experience for 32-bit devices running iOS 9.1 through to iOS 9.3.4. Since that initial release, Tihmstar has been working hard on the tool to bring additional updates with the inclusion of tweaks, improvements, and additional device support. This latest version, which changes its name to UntetherHomeDepot and ramps the version up to 1.1.0 continues that trend:

According to the release notes, this latest version of UntetherHomeDepot looks to take a step forward by putting a fix in place for the “deepsleep bug”, but also takes a step back in the eyes of some device owners with Tihmstar confirming that official out-of-the-box support for all devices has been removed apart from iPhone 4,1. However, it does mean that the developer is more comfortable with the stability of the package, but still offering the ability for users to add their own device offsets to support whatever 32-bit device they are using running iOS 9.1 through iOS 9.3.4.

The release and continued development and support for UntetherHomeDepot once again gives a renewed hope and sense that the jailbreak community is still alive and kicking with a new generation of talented security researchers and developers looking to make a name for themselves.

Tihmstar is one of the latest new breeds to continually show his worth to the community, working tirelessly to bring new tools and experiences to those who love being liberated and having access to Cydia and other third-party experiences which otherwise wouldn’t be available on Apple’s devices.