Apple continues to push its privacy stance by debuting two new billboard ads in Canada. They continue a theme that started with similar ads in Las Vegas during the CES event in January.

The two billboards are located in different areas of Toronto and were spotted by Twitter users Matt Elliot and Josh McConnell. Both of them reiterate Apple’s belief that privacy is a human right and that it wants no part in harvesting your data. 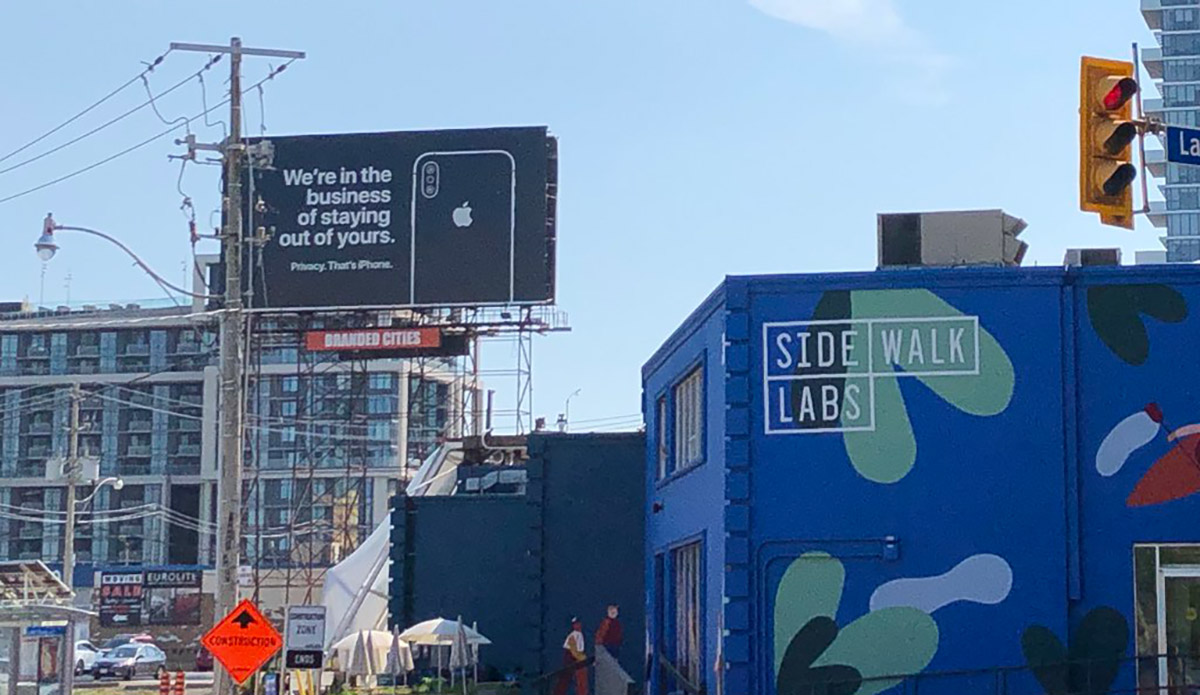 The first of the billboards is located just outside Sidewalk Labs, a Google-owned company. The slogan reads “We’re in the business of staying out of your business” and is clearly a dig at Google. The location of the billboard is the clearest clue there, and Apple has previously taken swipes at Google over its use of data.

The second billboard is located on King Street and uses the simple “Privacy is King” phrase. Because it’s on King Street. Get it?

Ignoring the dad jokes for a minute, these ads are clearly part of Apple’s decision to promote its privacy stance at a time where companies like Google and Facebook continue to find themselves in hot water relating to the data they collect. Apple does no such thing and even goes out of its way to prevent your data from being readable by the company or its people. It’s also working on new privacy-focused home security camera features that will keep your videos out of the hands of third-parties, too. 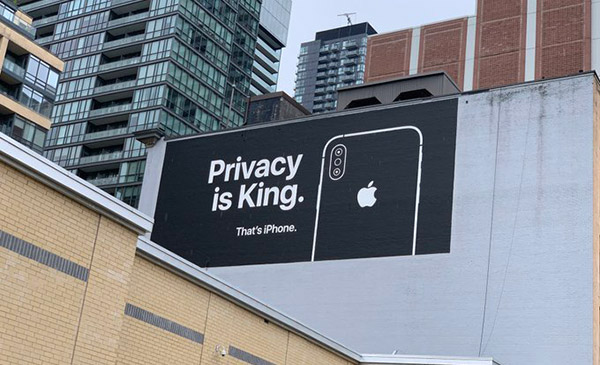