Apple Highlights Its Stance On Privacy In ‘What Happens On Your iPhone, Stays On Your iPhone’ Billboard Likely Aimed At CES Attendees And Exhibitors In Vegas

CES is getting ready to kick into high gear starting this Monday, but people are already in Las Vegas getting ready for what will be an event attended by thousands of people. That’s quite a captive audience, but Apple won’t be attending and that’s perfectly normal.

What isn’t normal is a giant Apple billboard that has appeared, with Engadget‘s Chris Velazco spotting the ad near the Las Vegas Convention Center. 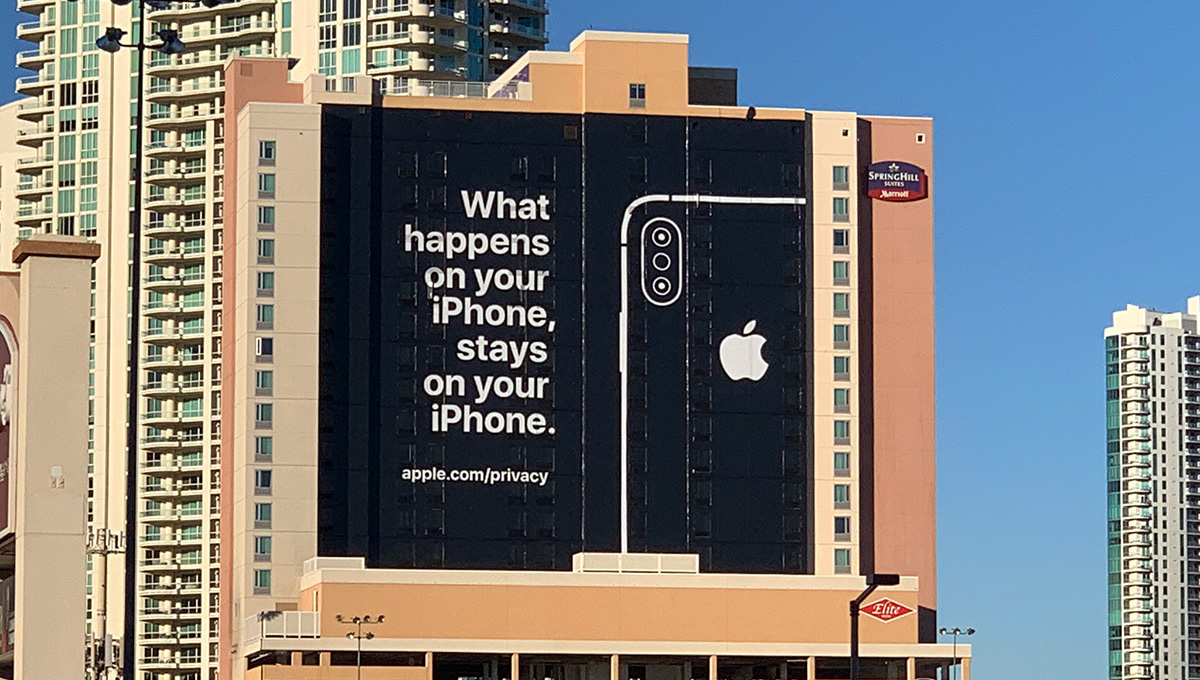 While the ad does feature an image of the iPhone, it isn’t specifically pushing the product, but instead Apple’s stance on privacy. It simply says “what happens on your iPhone, stays on your iPhone” and is clearly a play on words. The well known slogan for Las Vegas is “what happens in Vegas, stays in Vegas,” so you don’t need to be a marketing genius to see where Apple is going with this one.

Apple has long made plenty of noise about its stance on privacy, with the way competing companies vacuum up our data something the Cupertino tech giant is never shy of pointing out. Companies like Google and Facebook are well known for the ways they use the data that users hand over, and Apple wants to make it clear that it isn’t doing anything untoward with the data that people fill their iPhones with.

We don’t know when the billboard in question appeared, but it’s clear that it’s aimed at CES attendees and exhibitors. We doff our hats to whoever inside Apple came up with it. Top marks. 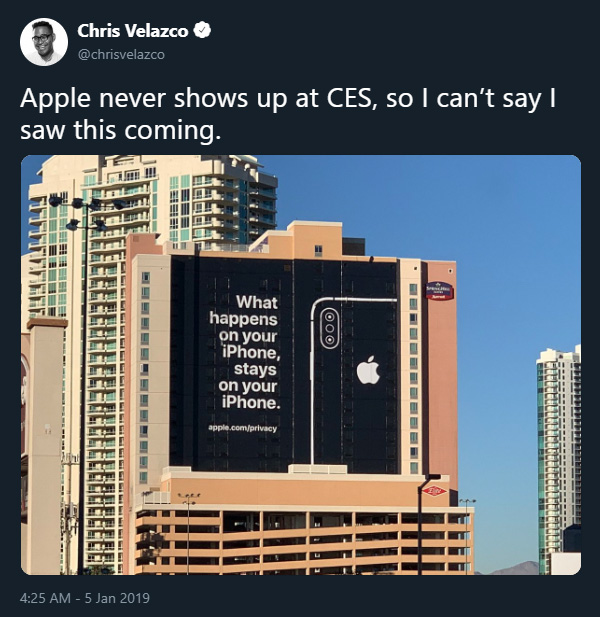