Although the iOS 6 Apple Maps fiasco wouldn’t have directly affected the Android platform or any of its users (unless, of course, they also own an iOS device), it seems every company pushing out mapping or navigation software have been dropping significant updates, making big price cuts, or both. With that in mind, it should come as little surprise to see TomTom finally deliver an app for users of Google’s mobile OS, and after years of catering to the Cupertino company’s ecosystem, the release certainly isn’t before time.

Initially announced at the tail end of August, TomTom promised to deliver the same feature-rich turn-by-turn experience enjoyed by those running iOS devices, and given the price tag of that particular, the Android iteration was never going to come cheap. Lo and behold, the price is reflective of the iPhone, iPad and iPod touch edition, with an introductory offer allowing you to pick it up for $49.99 as opposed to the usual $59.99. This may seem like a steep cost, but when you consider the purchase will likely solve all of your navigation issues moving forward, it’s a pretty good long-term investment.

Using TomTom, you can pick up a bunch of useful travelling information such as live traffic updates, warning signals for radar cameras (particularly handy if you’re accidentally cruising above the speed limit (although not legal in some regions)), as well as eco-friendly routes. 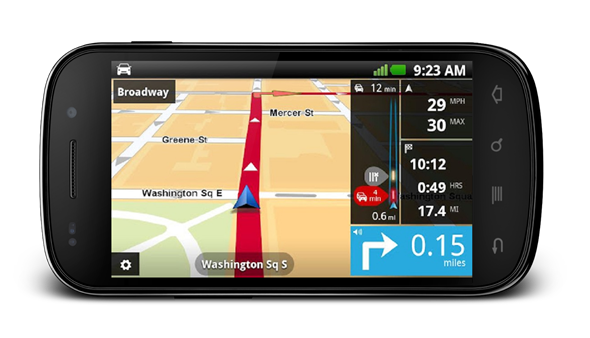 As a user of the iPhone version, I have to acknowledge and commend its smoothness and most importantly, accuracy, and with Apple giving us a firm reminder of how pin-point any mapping application should be, the cost immediately looks like something of a bargain.

As I said before when TomTom for Android was first announced five weeks ago, if you drive a car and don’t have a standalone device from the likes of Garmin or Navigon, then you could do a lot worse than parting with $50 and downloading TomTom for your Droid. Google Maps will do the job if you’re an infrequent roadie, but if you drive to new places on a weekly basis, I recommend you give TomTom a try. 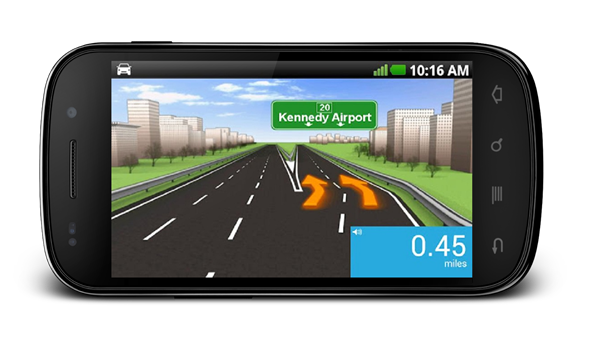 We’ve linked to the U.S and Canada edition below, but if you live in a different region, simply search for it over at the Google Play Store.