When it comes to satellite navigation systems and software, TomTom is among the most reputable, and although there has been an iPhone TomTom app for a good couple of years now, those running Google’s Android mobile operating system have been left out in the cold.

Android users have become somewhat used to waiting behind iOS when it comes to apps, but TomTom’s delay is on a completely different level, and although it was previously penciled in for a summer release, it now looks as though it’ll finally rear its head this Fall.

Although TomTom is probably the most familiar when it comes from finding a way from A to B, it’s reputation is actually backed up by its performance. Like most navigation offerings, it does have the odd hiccup, but having used the iOS edition for the best part of 18 months, I’m certainly impressed with its usability and continual array of enhancements.

At sixty bucks, it doesn’t come cheap, but the high price isn’t the only reason why it’s been among the top grossing apps since it first graced Apple’s App Store. Features go from the extremely useful such as HD Traffic (subscription required), to the plain fun, such as the Homer / Marge Simpson / Mr. Burns / Wallace and Gromit voices that can be purchased in-app for $5.99 apiece.

Today at IFA in Berlin, TomTom is finally showcasing the Android iteration, and although pricing hasn’t been revealed, expect it to retail at a similar price as above for iOS. The rest of the features announced also read like a straight port of the iPhone and iPad iteration, as Android mobile device users will be able to utilize the familiar 2D / 3D driving view, along with TomTom HD Traffic – which is also available as an in-app purchase – among others. 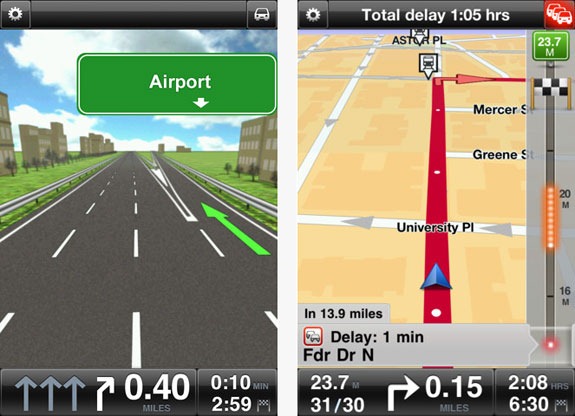 Despite not being permitted for use in France and other select countries, TomTom also includes handy speed camera detection and warning feature, meaning you’ll never be caught out when coasting along.

Altogether, it looks a worthwhile package, although it really depends on how much driving you undertake. It’s reckoned the app will hit the Google Play Store in October, and we’ll obviously bring you further information as we get it, so stay tuned!