Apple Will Now Offer Up To $345 For Your iPhone 4S, Right In Time For The New iPhone

We should all be well aware by now that the next-generation iPhone is just around the corner, and if your excitement levels aren’t sitting at an unprecedented level, then it’s time to dig deep and get that adrenaline flowing in anticipation of what should hopefully be the best iPhone yet from the Cupertino-based technology giants. The word on the cyber street is that we should expect to be able to pre-order the new iPhone immediately after announcement, but may have to wait until September 21st for delivery before it can be physically in our hands.

With those dates firmly in our mind, it might be time to start looking at the purchase options if you intend to grab yourselves the next slice of the iPhone action. Generally speaking, consumers will have the option of purchasing the handset outright if the country of residence supports that, taking out a new minimum term contract with a service provider or upgrading an existing contract when the new device becomes available. The chances are that no matter what route we choose to go down, it will incur some kind of initial charge.

Rather than having to find the full cost of the next iPhone, it could possibly prove quite beneficial for users to pay a visit to the Apple Reuse and Recycle Program website where they could possibly get up to $345 for an old iPhone 4S. Selling the device back to Apple would pretty much complete the circle of life for the trusty iPhone 4S, sending it back to where it came from and netting a nice little payment as part of the deal, but the quoted figures are entirely dependent on the condition and storage capacities of the phone in question. 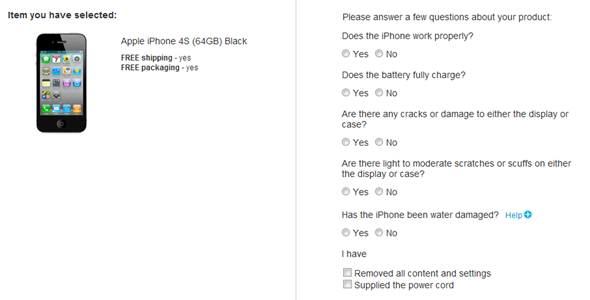 Apple isn’t the only option when it comes to recycling old handsets, but at the time of writing, there seems to be one of the companies offering the best deals with an immaculate 64GB iPhone 4S being the most sought after option. In comparison, the $345 that Apple will line your pockets with in exchange for a fully working 64GB model, alternative companies are only stumping up around $300. A lot of people tend to keep their old Apple devices to form part of a collection, but if you are desperate to get your hands on the next iPhone and are willing to part with the older hardware then it could be possible to pick up an on-contract offering with no financial outlay of your own. Good times.