Companies like Facebook, Sony, Microsoft are continuing to ensure that virtual and augmented reality becomes the next boom in the world of technology. Facebook is focusing on its Oculus Rift headset, whereas Microsoft is progressing toward a public release of its augmented reality HoloLens experience. Both are extremely exciting products, and both are looking to push the bounds of what we believed possible from an interactive experience perspective, but neither feel as if they will be accessible to the wider public from a cost perspective. Sony’s PlayStation VR headset will be cheaper than both of those options when released, but if that still feels a bit rich, then this smartphone-based HooToo 3D VR virtual reality headset on sale is definitely worth investigating.

The HooToo option is essentially being aimed at anyone who wants to get a foot in the door of the increasingly amazing world of mobile virtual reality. In terms of visuals and overall design, this particular HooToo offering doesn’t deviate too much from what a consumer would “expect” to see from a product of this nature. It comes with the necessary head straps to secure it firmly to the wearer’s head and to hold it in place securely over the eyes. It also features a main compartment that makes it super easy to slide the accompanying smartphone in for the content to be viewed. 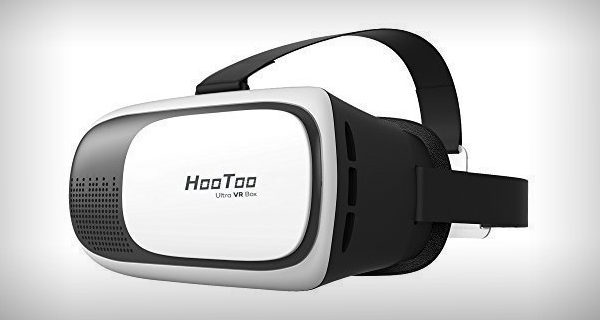 From a features perspective, the HooToo essentially turns a compatible iPhone or an Android phone into a virtual reality viewer. The integrated 3D technology means that users are able to enjoy immersive 360-degree videos without actually having to leave the comfort of their own home or their environment.

The experience is also enhanced with a great little pupil settings feature that makes for the best possible 3D viewing experience. Owners are invited to simply slot in a compatible device, which in this instance is most 4-inch to 6-inch iPhone and Android devices, and get going instantly with all of that virtual reality goodness. Interestingly, the headset does not support the LG G4 and the Nexus 6P. 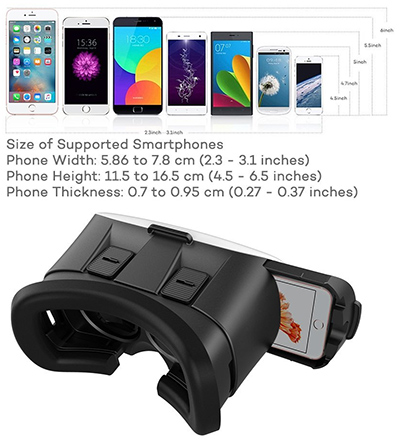 It may not provide the level of functionality and extensive quality that the likes of the Oculus Rift and Microsoft HoloLens will bring to the table, but then again, it doesn’t come with the obscene price-tag either. If you’re looking to get involved in the world of virtual reality, then this is an excellent place to start at just $22.

This deal is valid for today only.