Technology loving individuals who have a keen interest in the future of virtual reality hardware now have something additional to look forward to. It’s been approximately a year since Microsoft first initially teased the world with its HoloLens wearable device, the innovative headset that introduces holograms over the top of visible reality. It’s been a long and agonizing wait for those with a passionate interest in virtual reality, but Microsoft has now officially announced that developers can finally pre-order a HoloLens Development Edition pack starting today, with deliveries starting on Wednesday, March 30th. Oh, and it costs $3,000.

Before excitement levels start rising to a level that’s beyond manageable control, it’s worth pointing out that this announcement is aimed specifically at developers and those looking to build experiences for the HoloLens platform. This isn’t intended to represent a consumer release for those who are interested in getting involved in the HoloLens platform from a leisure and fun experience perspective. Microsoft is going through the process of letting developer applicants know that the contraption can now be ordered. There’s also a dedicated website set up for developers looking to register their interest and ultimately receive an invite for the pre-order. 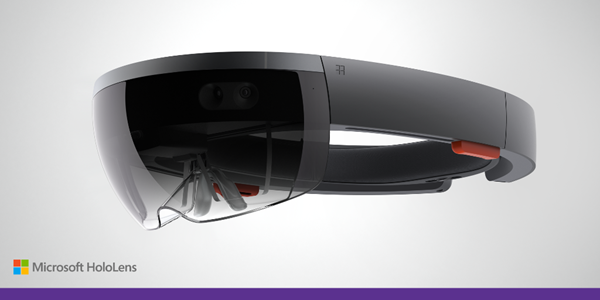 In addition to opening up developer purchase of an initial Development Edition unit, Microsoft has also provided a little more information about the hardware itself. The headset will ship with “multiple environment understanding sensors”, powered by a Microsoft Holographic Processing Unit (HPU) which has been custom-built for this hardware experience. The benefit of the HPU being that it’s Intel powered, and able to understand gestures and gazes at the same time as mapping out the world around the wearer of the headset, all in real-time. 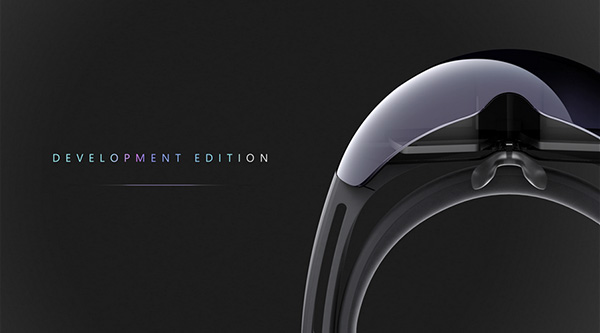 As you might expect, the HoloLens experience is also powered by Windows 10, meaning that the interface is immediately familiar, and is connected by “the power of a unified ecosystem of Windows devices”. The hardware and combined sensors are what that makes this mixed reality experience possible. HoloLens supports voice and gesture control, as well as “gaze tracking” that lets users select different options within view using eyeballs. There’s also a built-in perception of the environmental sound that surrounds the unit, which acts as yet another source of information.

With today’s announcement, Microsoft has made good on its promise made back in October last year where it stated that the HoloLens will cost $3,000, and will be made available somewhere in the first quarter of 2016. If you’re interested in a HoloLens Development Edition package, and don’t happen to mind $3,000 burning a hole in your pocket, then you can head on over to microsoft.com/microsoft-hololens/en-us to learn more and place an order.