Facebook-owned Oculus has announced that pre-orders for “Oculus Ready” PC and Rift bundles will begin on February 16th at 11am ET. The announcement means that consumers interested in Oculus VR headset will be able to purchase it as part of a bundle that includes a purpose built PC certified as being compatible and able to support the Oculus Rift hardware. The availability of curated Oculus Ready PC bundles comes approximately a month after Oculus announced the immediate availability of pre-orders for just the Rift headset.

The bundles will be made available for pre-order starting February 16th, 8am Pacific Time. At that time, online retailer Amazon, along with the Microsoft Store and behemoth Best Buy, will all start accepting immediate orders for what the company is calling “Oculus Ready” PC bundles. The available bundles will be offered by companies like Dell, Asus, and the Dell subsidiary Alienware which is well known for producing a premium range of PC gaming rigs. Initial pricing will start at $949, although this is being advertised as a “limited time” offer. 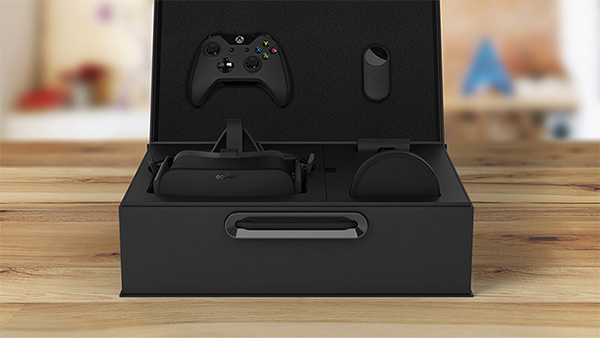 When Oculus announced the availability of pre-orders purely for the headset last month, the hardware alone was priced at $599. The naive misunderstanding is that purchasing the headset will be enough to get up and running in the exciting world of Virtual Reality. The ‘reality’ of the situation however, is that anyone looking to embrace the Oculus Rift will also need a high-end gaming-esque PC that’s capable of smoothly rendering the VR footage to the headset. The cheapest, an Asus tower priced at $949, will ship with an Nvidia GeForce GTX 970 graphics card, 8GB of RAM and an Intel Skylake i5 processor.

Prices for the bundles will go as high as $3,149. Parting with that top end dollar will make you the proud owner of a Dell Alienware Area 51 desktop machine, complete with a Core i7 processor that belongs to Intel’s Haswell generation, 16GB of onboard RAM, and an Nvidia GeForce GTX 980 for superior performance.

Oculus has already let the world know that the individual Rift hardware will start shipping on March 28th for those who have gone through the pre-order process. Oculus is stating that “limited quantities” of the PC bundles will start shipping in April, with Amazon and Best Buy both listing April 23rd as the date to look forward to.