This iPhone Case From Nissan Can Heal Itself If Scratched Or Dropped!

You read the title and you are wondering what’s going on, right? Well no, it isn’t April fools day, and to the best of my knowledge Nissan aren’t about to enter into the mobile smartphone accessory industry. Better known around the world as an automobile manufacturing company, Nissan are a Japanese automotive company responsible for some of the worlds best known car models.

In the current climate, where the world is striving to reduce carbon emissions, global companies have a larger responsibility than most to be seen to be reducing their carbon waste. The Nissan Motor Company seem to take this challenge seriously, and have been championing the use of electric vehicles to dramatically reduce motorists dependencies on foreign oil. Nissan are a company who like to innovate, and drive industries forward as opposed to following in the footsteps of others. 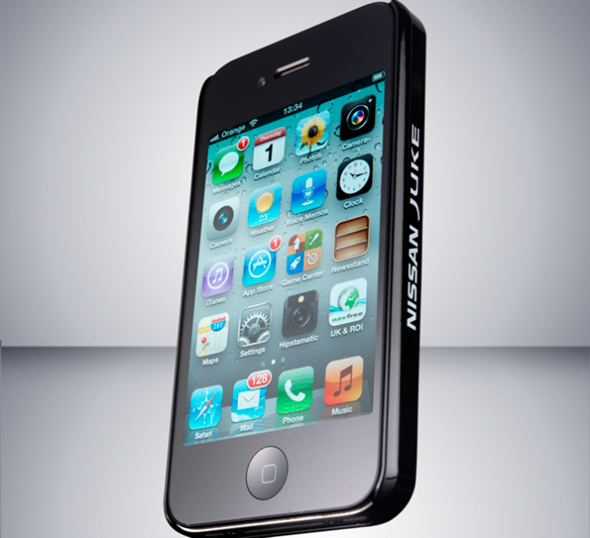 Although they are predominantly a company who design and manufacture vehicles, Nissan actually have a running relationship with Apple. When Steve Jobs introduced the company’s new iAd network to the world, the Nissan Leaf was one of the first interactive advertisements to be created to showcase the technology. It was a perfect blend of two emerging technologies coming together as the technology company showcased the new advertising platform, and Nissan introduced the world their all-conquering electric vehicle.

It is a little known fact that the motor group also have a few projects in their history which are not related to the motor trade. They have previously provided a mobile phone service which has since been sold off, and are involved in the production of mechanical motors for boats and miscellaneous maritime equipment. I believe that the production of a revolutionary iPhone case will most definitely come under the ‘other ventures’ category for the company.

The case is designed to fit the iPhone 4 and 4S, and is manufactured from something called ABS plastic which is made to create not only a more rigid and robust case, but also one which provides a much tighter fit for the device. That in itself would be a great selling-point, a case which is a guaranteed fit, giving peace of mind that the iPhone will not slip out at any point. But this case goes one step further, and in similar fashion to the mutant hero Wolverine, it can actually heal itself. The case is coated in Nissan’s own scratch shield paint, which features innovative technology allowing it to heal its own scratches.

Nissan vehicle owners may already be familiar with this technology, as the case is covered by the same paint which is used on the company’s range of Infiniti vehicles around the world. If damage is detected on the car, or the case in this matter, the paints chemical structure can react to the damage and change back to its original shape, in simpler words; the case can actually heal itself. Obviously there is a limit as to what can actually be healed, and the process can take between an hour and a week depending on the severity.

The case appears to be a test product to see what is actually possible, and how it is received by the industry. If the initial beta tests prove successful then we could see a full consumer launch and the future could also see this technology being integrated directly into mobile devices at a manufacturing level due to the licenses which have been agreed with NTT DoCoMo.