By now you have seen the image below of Steve Jobs inside of the Apple logo that has spread like wild fire since his death. And to honor the great man, an Apple fan has created a mod which gives tribute to Steve Jobs on the backplate of the iPhone 4/4S. 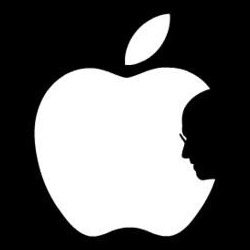 You’ve probably seen other posts on Redmond Pie showing off mods for the iPhone 4, but now we have a new one. What was created here is a backplate for the iPhone 4/4S that looks like it should have come stock on the iPhone 4S and would perfectly fit the iPhone for(Steve) nickname that was given after Steve’s death. You can see in the images below that it looks great just perfect! The backplate depicts the above image along with Steve Jobs’ name and the years he spent on this Earth. This is a great tribute to a man who affected us all in a great way. Love or hate Apple or Steve Jobs, you should appreciate this tribute. 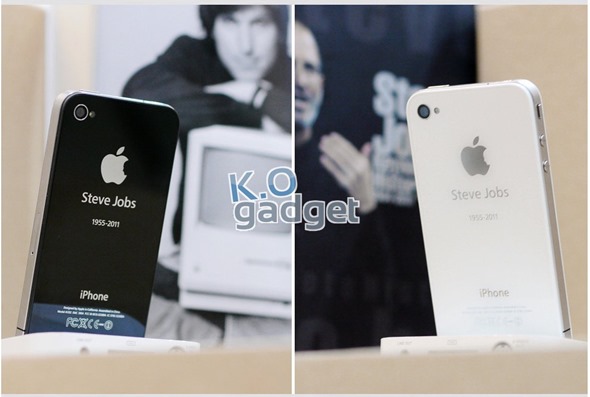 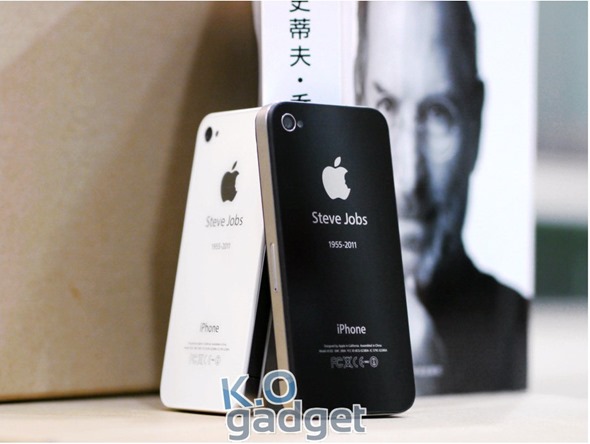 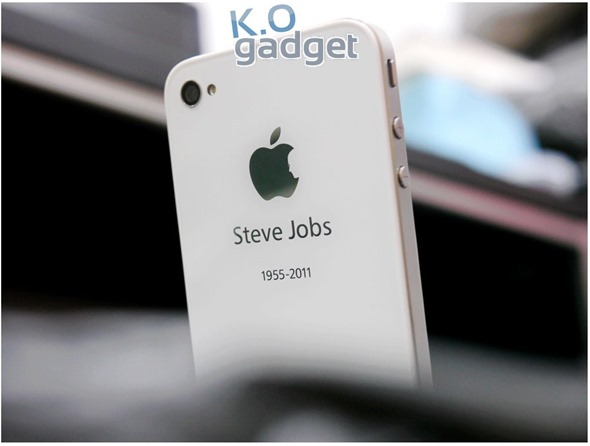 I must say though, if I had an iPhone 4/4S then I would be ordering one of these immediately! So if you are willing to grab one of these and do the light-up Apple logo mod, send us pictures of them combined so that we can see it and share it here on Redmond Pie. 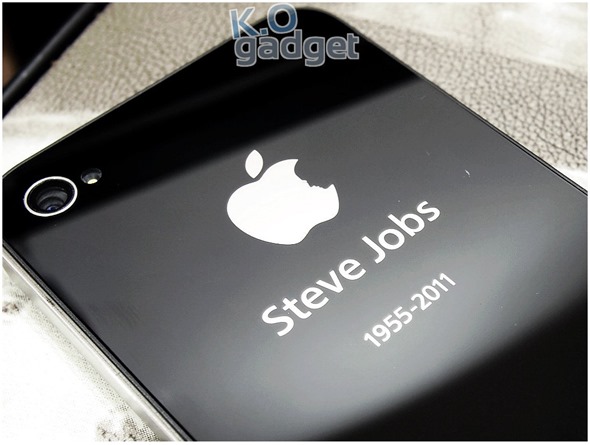 You can pick up your very own here from K.O Gadget for a very awesome price of $23.90 along with complete instructions on how to install the mod on your iPhone 4S and 4. And as you can see this is shipped from China so expect so time if you order one for delivery. I know that I have ordered products from Hong Kong before, and it took almost a month before they finally arrived on the East Coast. Also, you may want to order this ASAP as Apple may pursue a Cease and Desist on the manufacturing and sale of this item. So you may be one of the very few if you get your order in and receive the item.