Each and every time Apple releases a new beta of a version of iOS, some clever people go snooping to see what they can find hidden inside. The latest beta to come out of Cupertino, iOS 5.1 beta 3 is no different, and this time two new iPad references have shown up, again.

Two new code names, J1AP and J2AP have been discovered in the latest beta which appear to link up nicely with a recent report suggesting that the iPad 3 was being developed under the J1 and J2 names. Presumably one of those is the WiFi-only version, while the other will also incorporate a 3G radio.

Apple has been known to test new hardware using the latest betas of the newest version of iOS while adding new features that are due to debut alongside hardware. The betas of iOS 5 had references to Siri and voice dictation, two features which were set to be parts of the iPhone 4S release.

The fact Apple is working on an iPad 3 is no great secret, either. If the company follows its existing release cycle then we would expect to hear about a possible announcement sometime in the next three months, with a release coming shortly after.

Another new feature to crop up in the latest beta of iOS 5.1 is actually an old one which never made it into the shipping version of iOS 5.

Facebook integration – similar to the Twitter integration we have today – was supposed to be part of iOS 5 upon its release. Apple’s inability to come to an agreement with Facebook over the feature led to it finally being pulled, and with the iPhone and iPad maker’s rocky relationship with Facebook; we all assumed it wouldn’t return. After all, let’s not forget Facebook effectively blocked Apple’s Ping from talking to the social network over licensing disagreements. 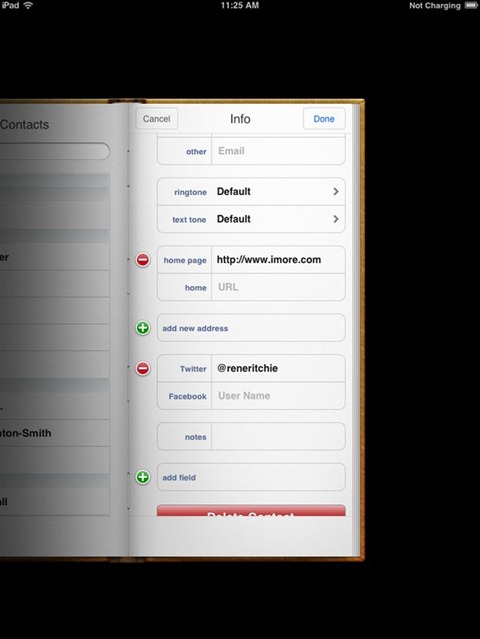 Now it seems the feature is back, though it is as yet unclear whether it will remain in the final shipping version of iOS 5.1.