There isn’t exactly a shortage of apps which allow you to be in sync with your favorite social network 24/7. Whether you’re a Facebooker, Tweeter or erm, a Flickr, there are droves of official apps as well as third-party creations which keep you in touch with the world when you’re not sat at the desk. 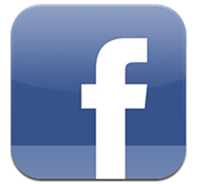 That said, social networking apps only scrape the surface when it comes to integration with Apple’s iOS. Aside from notifications, there is no actual way to interact with your Facebook friends or Twitter buddies without going directly into the app itself.

iOS 5 will change all that, though, and Twitter is confirmed as being one of the apps which will garner increased system-wide functions – allowing users to tweet, retweet and check tweets without being interrupted in excess. But what of Facebook, the world’s largest social network with over 800 million active users? Surely it would be beneficial to all if there was some integration with the iOS framework which surpasses the run-of-the-mill system of receiving a notification, opening app, dealing with notification and closing the app?

Well whilst there’s nothing official, it seems a strong possibility. Despite past issues, such as Facebook’s planned integration with the Cupertino company’s Ping being scrapped at the very last minute, Apple and Facebook could find allies in each other in the mutual battle against Google.

The image below, which might be a mock up, depicts just how proper Facebook integration may look when iOS 5 rears its head in the coming weeks. As you can see, it would give Facebookers a handy set of tools in order to carry out the everyday tasks of updating status, location, or sending a quick message to a friend. 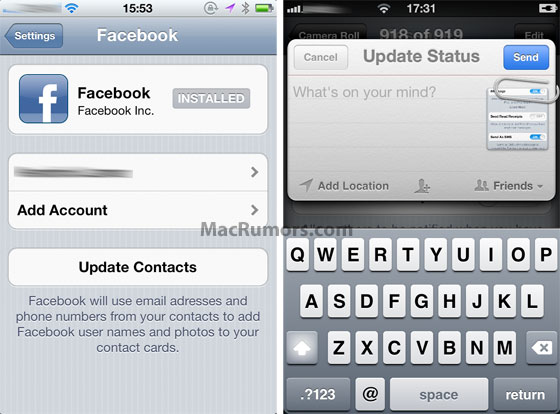 This Fall and subsequent turn of the year is pretty critical for Mark Zuckerberg’s Facebook. With a whole host of new updates to the main site such as Timeline (as well as integration with every music streaming/selling service known to man), it will be interesting to see how they are all received.

Since its rise to popularity, Facebook has been relatively unchallenged, and has thus dominated to become the most-used social network of all time. Now, though, the omni-present Google is looking to have a stab at the title with Google+, and the name allied to the pull it has on the web could present Facebook with more than a few problems.