A week ago we brought you the news that a little-known company named Liquipel had developed a technology enabling you to get your beloved gadget waterproofed for a mere 59 dollars. 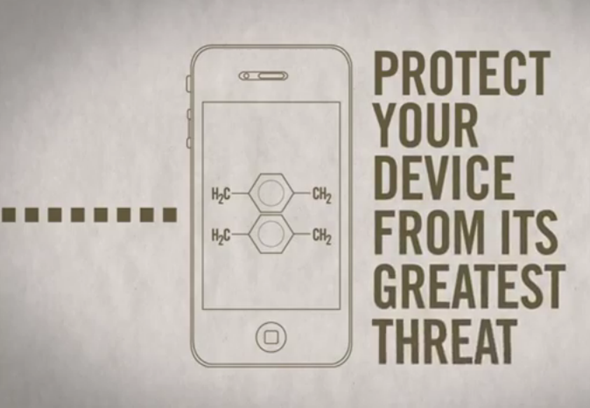 You may have cringed a great deal to see the demonstration video in which an iPhone 4S was immersed into liquid – it certainly sent a shudder down our gadget-loving spines here at Redmond Pie. Fortunately, it was doused in a repellent formula which prevented the water from trickling through to the mainboard and.. well, you know the rest! Now it looks as though such technology may soon be the done-thing across the greater gadgetsphere, with a like-minded company reportedly talking to Apple and Samsung about applying the technology at production stage.

HzO has developed an almost identical product called WaterBlock which was paraded before a procession of ardent geeks at last week’s Consumer Electronics show. Unlike Liquipel, HzO has gone straight for the market’s jugular, having already begun talks with Apple whilst also getting Samsung execs pretty excited. Indeed, as Pocket-lint reports, the Korean company’s chairman apparently "couldn’t believe his eyes," after the pitch, leaving HzO reps confident of WaterBlock implementation sometime in the near future.

Insurance is an often costly aspect of purchasing a smartphone, and there’s no doubt that a large chunk of claims are attributable to water damage. Whether you’re diving into a swimming pool fully clothed or simply spill your drink in the wrong place at the wrong time, that sinking feeling soon sets in as you realize the implications of the terminal drenching.

With Liquipel offering the service for $59, we can presume it would be fairly cheap to apply to the mass market. This should mean prices will not be affected if HzO do manage to strike a deal with some of the big players. Although smartphones have certainly gotten a great deal more durable in the last few years, a splashproof film would certainly provide a useful last line of defense.

Interested to see how it all works? Check out this video for the low-down: