The remarkable FaceTime video calling service has been one of the most well received additions to the Apple range of services in recent times. FaceTime for iOS was originally introduced at the 2010 World Wide Developers Conference to coincide with the release of the iPhone 4 which had an integrated, front facing camera. 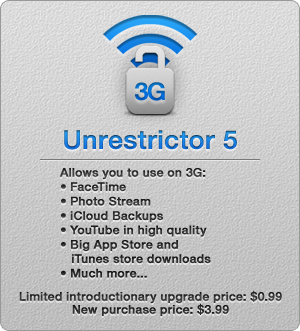 The FaceTime service initially allowed owners of an iPhone 4 and iPod touch 4G to make free of charge video calls to each other using the front facing cameras on their devices. As we have come to expect, the service faced criticism for various reasons, but ultimately was positively received due to the fact it allowed entirely free of charge calls.

As time went on, FaceTime was extended to be compatible with the iPad 2 and Mac machines running OS X 10.6.6 and above which greatly widened its adoption. However, one of the restrictions of the service was the need to be connected to a Wi-Fi network for it to work. As per usual in this type of situation, we looked to the jailbreak development community to rectify this problem.

Upon further inspection, quite a number of applications actually require a wireless network connection in order for users to enjoy the full potential of the app. YouTube for example will only allow full high definition playback over Wi-Fi and the App Store will only allow downloads of apps over 20MB in size if connected to Wi-Fi. The introduction of iOS 5’s cloud-based services has also brought additional problems, with iCloud back up and Photo Stream not being accessible via cellular data connections.

Developer Kim Streich has released a new version of his 3G Unrestrictor tweak, keeping the same name but appending it with ‘5’ to show iOS 5 support. The Unrestrictor tweak provides freedom over 3G and effectively convinces applications that they are operating on a wireless network when it is actually a 3G, EDGE or GPRS connection. 3G Unrestrictor 5 allows you to use 3G on: 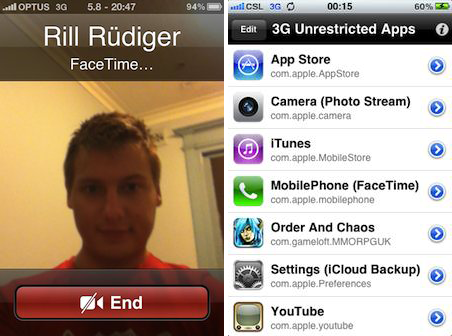 One of the benefits of the 3G Unrestrictor tweak is the fact that it will work with the majority of third party applications due to the fact that they query a particular function to determine whether or not the device is connected to a wireless network.

Users who have already purchased the original ‘3G Unrestrictor’ tweak can upgrade to the newest version for a limited time for a price of $0.99, while new users have to dish out $3.99.

You will obviously need to have jailbroken device to run it. For jailbreaking iOS 5 untethered, follow our complete step by step instructions posted here to jailbreak iPhone, iPad, iPod touchon iOS 5.0.1 using Redsn0w.