Although it’s rather disappointing that quite a few prospective new features of iOS 5 didn’t actually make the final cut, it’s always nice to find some of them tucked away – hidden in a secret bolt-hole for later ejection.

The trouble for Apple – and other creators of mobile operating systems is, once it nears completion, it’s easier to disable certain features rather than completely write them out, which often has implications on other elements of the software’s framework. So they hide it, sort out the main issues, and discreetly remove it when the time is right.

This makes it quite fun for those with a little free time and an eye for discovering hidden gems – such as the panoramic camera mode which Apple toyed with, but decided not to accompany the iPhone 4S 8 mega-pixel snapper with.

The latest unlockable discovery, which comes via FSM, is FaceTime over 3G – something which as long been achievable with jailbreak tweaks such as MiddleWhat and My3G amongst scores of others.

As usual, we’ve provided a very simple how-to, detailing how you can activate your iOS 5 device’s FaceTime over 3G capabilities. Unfortunately, it’s jailbreak only, and since the dual-core iPhone 4S and iPad 2 have yet to be exploited on Apple’s latest mobile OS, it’s pretty much restricted to the iPhone 4 since none pre-dating it have a front-facing camera.

Step 1: If you don’t already have it, purchase iFile through Cydia. It’s by far the simplest way to browse the contents of your device.

Step 2: Browse through to /System/Library/CoreServices/SpringBoard.app/ 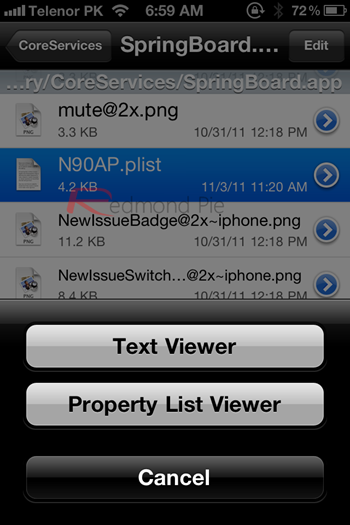 whilst taking care not to leave any line spaces. 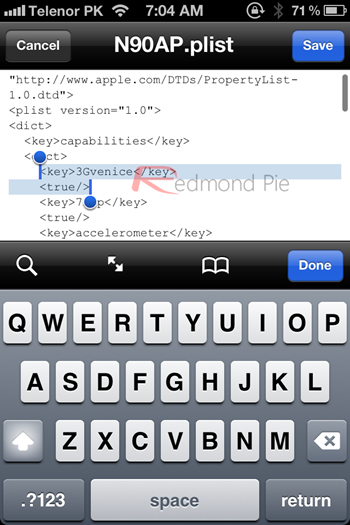 Step 5: You’re done – you can now enjoy FaceTime over 3G without having to use any third-party applications!

Continually adding tweaks to your device can sometimes be detrimental, with chances of freezes, crashes and the like obviously slightly increasing compared with stock. Thus, it’s better for everyone involved if Apple incorporates the features natively rather than edging consumers towards the alternatives found in Cydia.

In order to source the undercover feature, you will need a jailbroken iOS 5 device. For jailbreaking iOS 5 tethered using Redsn0w, you can follow our complete step by step guide posted here, or here if you want to use Sn0wbreeze on Windows. Since jailbreak on iOS 5 is currently limited to tethered boot only, you can install ‘SemiTether’ patch (instructions here) from Cydia to make your jailbreak semi-tethered on iOS 5. For those of you on iOS 5.0.1 can follow our instructions posted here on how to jailbreak using Redsn0w or here using Sn0wbreeze.