Apple’s most personal device yet is not one that is associated with gaming, but recreating a classical game that will bode well on a small screen definitely carries an appeal and should be of interest to plenty of owners, and that is exactly where this game by developer Matt Wiechec comes into play. Aptly titled “A Tiny Game of Pong”, this app brings the classic game of pong to the Apple Watch.

The title has been designed and optimized to be played on the tiny screen of the Apple Watch. Also, it isn’t a universal app, which means it’s playable on watchOS only, not iOS. 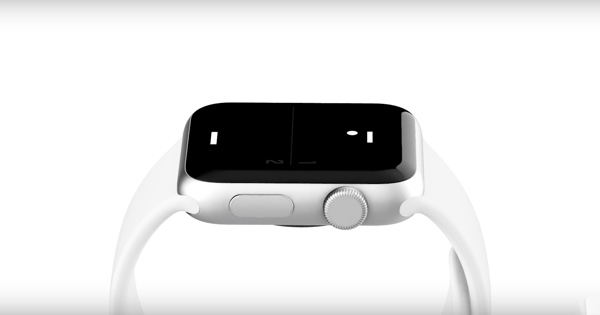 Apple Watch’s Digital Crown has basically been programmed to be used as the controller for the game. It’s what you will be using for moving the plank on the Apple Watch display. This analog control makes sense and really makes for a pleasurable experience as compared to the touch controls we’ve become accustomed to on our smartphones and tablets.

The game costs $1.99 and also includes an additional in-app purchase which offers another gameplay mode. The regular $1.99 version of the game features standalone and endless arcade modes where you can compete to break your own previous best or your friend’s high score. Game Center is supported as well.

The in-app purchase can unlock the classic playoff mode which will let you play against an AI in a three match tournament. This IAP will also unlock the ability to change the colors to ones that match the pallet used on the Apple Watch Sport Band range. 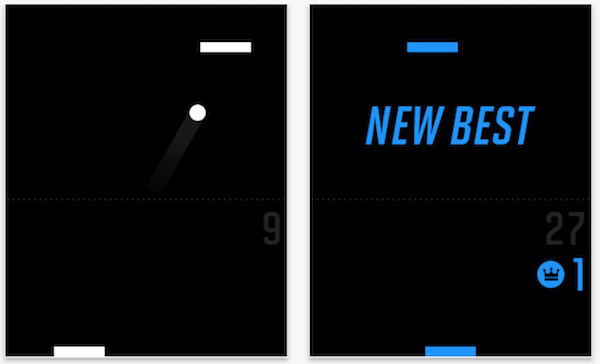 The scores you reach can be compared to the leaderboard, and if you’ve unlocked the in-app purchase, your name will be accompanied by a Supporter Badge, because hey, the developer appreciates the gesture.

While this isn’t the first time that a game like this has been released for the Apple Watch, it is definitely one that appears to be more accomplished and polished compared to others we have seen in the past. If you own Apple Watch and are into some light gaming for passing time on the go, you should probably give it a whirl on your wrist.

(Download: A Tiny Game Of Pong for the Apple Watch from the App Store)