Mobile security app Lookout has received quite the update recently, bringing with it an Apple Watch app that could actually be the killer companion app for Apple’s timepiece.

Released as part of a free update, Lookout’s new and improved app gains Apple Watch support in a way that, to our knowledge, isn’t already available via another app. What makes Lookout so interesting is that it can keep track of the iPhone to which the Apple Watch is pared, making it much, much more difficult for the user to leave that iPhone behind somewhere and much easier to find the iPhone in the event that it is misplaced. 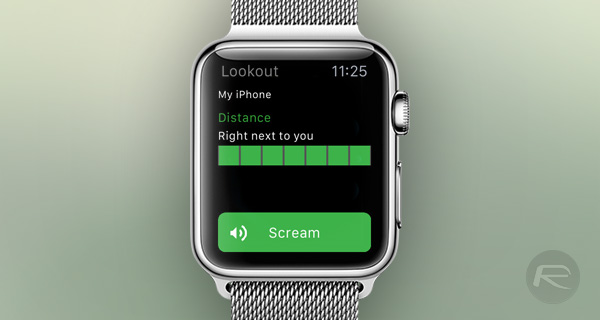 Straight off the bat, the Lookout app will show users a visual representation of how close or how far away from their iPhone they are, thanks to the magic of Bluetooth. Furthermore, Lookout will alert a user when they leave their iPhone behind, too, so they won’t have to go back somewhere to frantically look for their smartphone.

If a user does somehow manage to misplace their iPhone, the Lookout Apple Watch app can make the iPhone “scream” in order to make it possible to find it again, assuming both devices are still on the same WiFi connection regardless of Bluetooth status. If that’s no use, the device’s last known GPS location is displayed via the Apple Watch app, again making it much easier to try and locate a device that you, say, managed to leave on a bus.

Those looking to take advantage of Lookout’s new features need to make sure they have the latest, updated version of the app from the App Store and then have the Apple Watch app installed as well. It’s free too, so there’s no reason not to make your iPhone a little safer today. 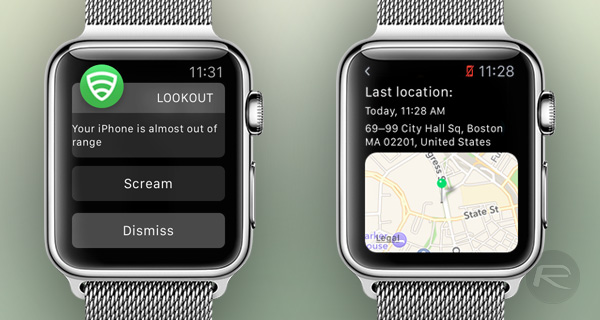 (Download: Lookout for iOS and watchOS on the App Store)