Apple’s introduction of Night Shift mode with iOS 9.3 allows users to adjust the color temperature of the display in the evening. This can be activated either manually when required, or by setting up a schedule, or by using Siri to turn the feature on through voice commands.

You may remember that a number of users had previously discovered that it was actually possible to enlist the services of Siri to turn on Apple’s new Night Shift feature at the same time as having Low Power Mode running to conserve batter life. Given the fact that Night Shift requires additional resources, and Low Power Mode exists purely to save and reserve those resources, it didn’t make sense to be able to run the two side-by-side. Apple had acted swiftly last week to fix that bug with a server-side fix, but it now looks like there’s another method of allowing Night Shift to function when the device is in Low Power Mode. 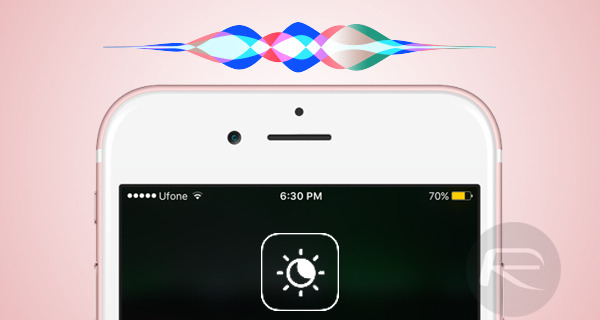 Apple’s prompt action may have fixed the previous issue, but as this video points out, it’s still possible to get Nigh Shift and Low Power Mode to function at the same time using this trick. Why would you want to do this? Well if you are running low on battery and are in bed, you may want to turn on both at the same time.

So, if Low Power Mode is active on the device, then the option to access Night Shift is inaccessible through Settings.app, the Control Center, and via Siri. But using this newly discovered trick, you can actually enable them both at the same time by first making sure you are in Settings.app > Display & Brightness > Night Shift screen and when you are there, ask Siri to turn on Low Power Mode. Once Siri turns it on, dismissing Siri’s UI will take you back to Settings.app > Display & Brightness > Night Shift and to your surprise you’ll find that Night Shift toggle is not grayed out. Turn the toggle on and voila, you have both Night Shift and Low Power Mode working at the same time. This is clearly an oversight by Apple and one edge case that simply either hasn’t been thought of internally, or hasn’t been tested. And now that this trick is made public, it will likely be patched soon as well.

Check out the video below to see it all in action. It has been tested and confirmed to be working on both iOS 9.3.1 and iOS 9.3.2 beta 1.