‘Things Are About To Change’, According To Nokia’s Teaser Clip For September 5th Event [VIDEO]

While Nokia’s own Symbian mobile OS has crumbled into relative obscurity, the Finnish company’s decision to hop aboard the Windows Phone bandwagon has proved relatively successful so far. The Lumia devices proved to be a big hit with consumers opting for WP7, and naturally, the onus is now on Nokia to deliver again with Windows Phone 8, which will release alongside the main star of the show, Windows 8, on October 26th.

While the initial Lumia range was somewhat limited in terms of hardware, there’s no denying the unique finesse the devices offered – particularly the 800 and 900 – and even Apple’s co-founder Steve Wozniak was impressed with the latter, as well as the Windows Phone in general. 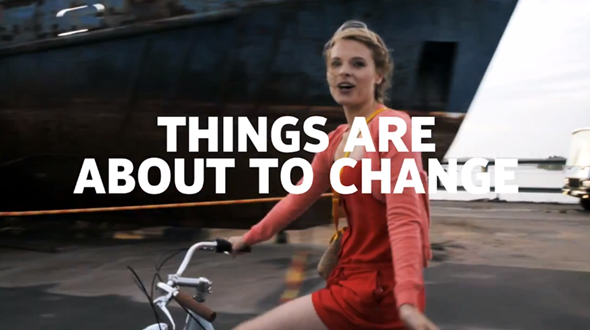 While the aesthetics of the device and the tiled interface sold many a user, the lack of any real beef in the hardware stakes was a massive problem for a lot of prospective consumers, and with iOS and Android offering dual and quad-core smartphones, Microsoft had to make a statement. Upon showcasing Windows Phone 8 a couple of months ago, that’s exactly what the Redmond company did, and multiple core support is just one of the many essential improvements from WP7.x.

Despite the fact that Nokia’s CEO, Stephen Elop, suggesting earlier this year that dual and quad-core processors were a “waste,” it’s largely expected the company will announce a couple on the joint September 5th announcement with Microsoft. Up until this point, it was thought there would be two devices in the offing, but a teaser clip posted on Nokia’s official YouTube channel suggests there the announcement could be even bigger than previously presumed.

The video seems to have been shot on a smartphone, with the text “things are about to change” making a brief appearance. The clip’s description states that change will occur on 5th September, although it’s not at this point known whether it is another Nokia-built Windows Phone or that PureView WP device we’ve had our eyes on for a good while.

As well as having a big impact on Windows Phone 8 from a hardware point of view, Nokia has had a major say on the software front, too. Nokia’s own Maps service will be a standard feature of Windows Phone 8, and as the sixth-gen iPhone release draws ever closer, don’t be surprised if Nokia and Microsoft gatecrash the Cupertino party.