The next moves of Microsoft and the Windows Phone 8 platform are extremely critical in mobile space. Currently dominated by iOS and Android, no other platform has the potential to compete with the two titans quite like Windows Phone 8, and although some details are still scarce, the evolved mobile ecosystem will cater to more powerful devices than ever before.

Although plenty of manufacturers are jumping on the Windows Phone 8 bandwagon, the focus is rightly centered around what Finnish company Nokia has in store. The once-domineering manufacturer lost its way somewhat in the mobile market, and has since focused most of its efforts on Microsoft’s OS, ditching support for its own Symbian OS in the process.

Despite Windows Phone having not made a huge indent on Android and iOS’s supremacy, the Nokia Lumia devices have certainly caused something of a stir. The Lumia 900 in particular, yielded praise from many, including Apple’s co-founder Steve Wozniak, who lauded it as one of the best devices on the market, with WP7.x being, in his eyes, the best mobile platform.

It’s now looking like both Nokia and Microsoft will be announcing the first Windows Phone 8 device on 5th September. Invites have been sent out to by the two companies regarding a Windows Phone-centric event on September 5th, which, incidentally, is also the same day as Nokia World’s opener.

Rumors have been rife that Nokia would be announcing something on the first week of September, and although the invitations have not confirmed this to be the case, it’s unlikely to be anything else. 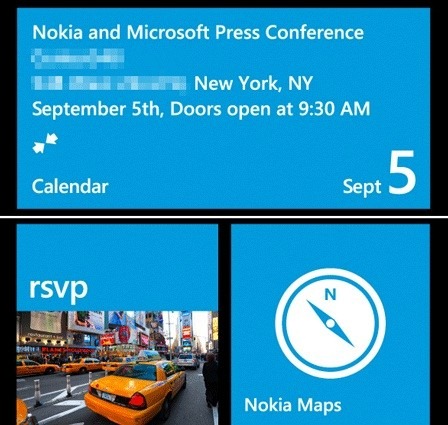 The invites are said to make reference to Nokia’s Maps service, so there will be plenty of discussion with regards to that, but even though companies often try to make software the focal topic of discussion, there’s little doubt the tech world will be more keen to see what the devices will look like.

Going by the first few Lumias, we’re expecting similarly slick designs throughout, but the hardware packed within will certainly be of the most interest. Will we finally see our first dual-core Windows Phone?

At this point, we can only speculate, but all will become clearer in some three weeks time.