Although Cydia is packed full of great tweaks and packages, developers are still managing to find ways to innovate and produce tweaks which offer small but extremely useful functionality to jailbroken iOS users. With so many areas of iOS already having been amended and certain functionality already introduced through existing packages, the window for change is becoming smaller. But the Turn 2 Hangup package is bringing a very handy and useful little feature set to jailbroken iPhone users.

A default installation of iOS already has ways built into it to allow users to dismiss incoming phone calls. Various presses of the volume keys offering differing functionality, but this new tweak give users an alternative and perhaps a more intuitive way of handling this. When installed, the package doesn’t bring any additional home screen icons and is instead handled entirely by physical gestures that make use of the iPhone’s built-in hardware accelerometer. 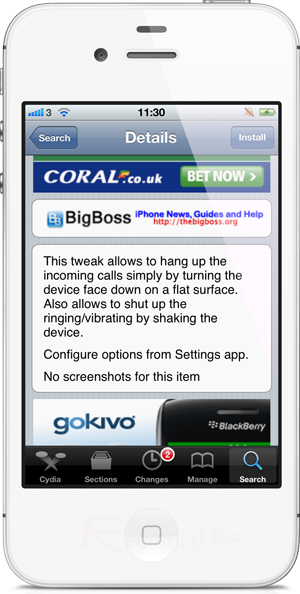 When an incoming call is received, rather than dismissing it through the normal mechanisms, users can opt to turn the device face-down, which will reject the incoming call and send it to voice mail if it is set up on the device. Alternatively, rather than totally rejecting the call, users can decided to shake the device to mute the audible ringtone or stop the device from vibrating all at once. This removes the call interruption, but still allows the iPhone to ring out naturally. The tweak’s usage is extremely simple, and although it doesn’t come with any configurable options, it does have its own settings panel which allows the package to either be toggled on or off with relative ease.

The Turn 2 Hangup package isn’t something that I would personally use, as it doesn’t really offer any great power over the native way of handling these actions, but some users definitely prefer the power of gestures, and considering the tweak is a free of charge download, it will definitely notch up some fans. 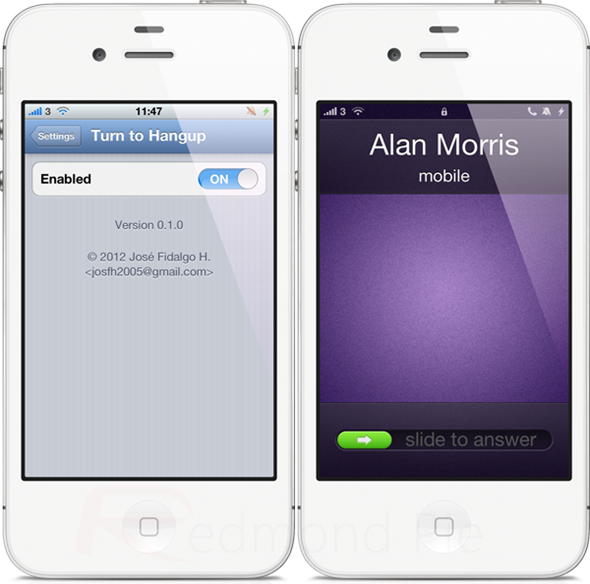 Turn 2 Hangup is available as a free of charge download from the BigBoss repository with no specific iOS version requirements being given.