If big stories in tech are your forté, 2012 will have been a real treat. This year has had it all – buyouts, lawsuits, great releases, and of course, great fails.

Here, we round up these past twelve months with a quick look back at the revelations that had us all fixated. 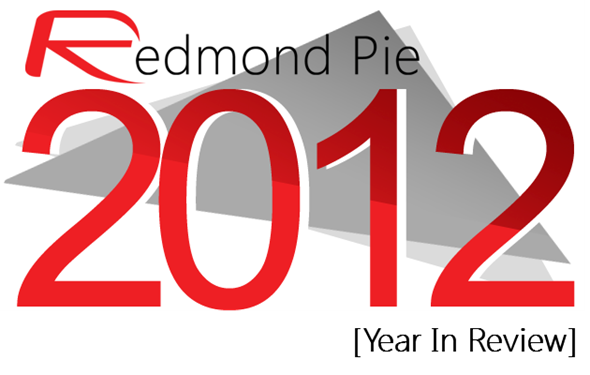 After much speculation, Mark Zuckerberg’s Facebook filed for a $5 billion IPO back in February. Things didn’t get off to the greatest of starts as share prices plummeted, but things seem to have steadied during the course of the year.

Buoyed by its new-found status as a floating company, Facebook moved in to acquire one of the most popular apps in the history of mobile devices. Zuck promised users that Instagram would maintain its own identity, and so far, that has proven to be the case. Despite a bit of a furore after an update to the privacy policy, the app is still as popular as it ever has been.

2012 kicked off in style with the release of Absinthe for iPhone 4S. It marked a period in which every device on the market was jailbreakable – untethered, no less. The new 3rd generation Retina iPad got its first jailbreak with Absinthe 2.0 in May – and while iOS devices released in latter part of 2012 have proved to be a stronger test of the dev teams’ resolve, we’ve every faith that they’ll eventually come through.

We got a chance to catch up with resident jailbreaking extraordinaire pod2g at the "Hack In The Box" security conference in Amsterdam for an exclusive interview, in which he gave us a great insight into his work, plans, and progress. Not only did we learn he started programming at the tender age of six years old, but he also revealed that his favorite project was that of the Absinthe jailbreak.

Apple likes to make a splash at its annual WWDC, and this year was no different. The famed one last thing turned out to be a more powerful, thinner and lighter high-end MacBook which forewent the optical drive to achieve its incredibly svelte form factor. Since then, Apple has added a 13-inch edition to the 15-inch original model, and both simply dazzle with their respective Retina displays.

Google’s ambitious Project Glass skydiving demo was the highlight of the Google I/O 2012 show held in May this year. While the consumer version of the product still has no release date in sight, developer version (Google Glass Explorer Edition) which was pre-ordered by the attendees at the keynote can look forward to receiving their unit in early 2013.

Apple’s switch to a download-only annual OS X upgrade worked wonders for Lion in 2011, and said success was eclipsed once more by the release of Mountain Lion. Heavily influenced by iOS with features such as iMessage, Notification Center and Games Center, it sold a mammoth two million copies in its first two days alone, and although not every Mac user has been taken by the apparent iOS-ification of OS X, adding iMessage to the fold was a definite win.

Save the Kindle Fire of 2011, few Android tablets had made any sort of pre-release waves in a market dominated by Apple and its iPad slate. However, it was Google’s turn to "change everything, again", and the Nexus 7 certainly opened the consumer eye to the possibility of owning a Google slab. Not only was it a quad-core powerhouse with a price-tag to suit the smaller budget, but it was also the first to ship with Android 4.1 – the "buttery" smooth operating system which marked a significant improvement in the search giant’s OS as a whole.

Ah, Apple versus Samsung. Samsung versus Apple. Scarcely a week went by in 2012 without some sort of update on the courtroom encounters of the two biggest names in the mobile industry. There have been scalps for both parties in the ongoing patent and copyright infringement disputes, but the most significant was that overseen by Judge Lucy Koh in San Jose. Samsung has been ordered to pay $1.05 billion to its bitter rival, and although you feel the Korean company would rather hold a ceremonial burning of the cash, it’s only an appeal away from having to deposit more cash to a company with more of it than many of the world’s countries.

The iPhone is an annual tradition, and although some were slightly disappointed by the latest Cupertino handset, there’s no refuting its clear improvements on the iPhone 4S. An improved design was accompanied by a longer screen and zippier, A6 processor, and although the proprietary Lightning cable has proved a hindrance to those accustomed to numerous accessories and peripherals, the companies behind them now seem to be getting their acts together.

As well as the iPhone 5, iOS 6 was also released in September, and among an array of new features came the much-lauded Apple Maps app. Hyped as it were, it failed spectacularly, and ultimately, Apple CEO Tim Cook was forced to issue a public apology for his company’s shortcomings. iOS SVP Scott Forstall was largely blamed for the issues with iOS 6 and was subsequently shown the door, while Apple’s Mr. Wonderful Jony Ive seems to have assumed most of Forstall’s responsibilities.

Will they – Won’t they? There was plenty of doubt as to whether Apple would actually bring a smaller iPad to market – particularly given the ease in which the larger iPad had controlled proceedings since the 2010 release of the original model. However, the fruit company eventually came through in October, and although many were left somewhat aghast by the price and lack of Retina, it has still sold in vast quantities.

Meanwhile, Apple also felt inclined to release the iPad 4, which succeeded the third-gen iPad released only in March. This, quite naturally, peeved many owners of the iPad 3, and despite offering a Lightning dock, didn’t seem to make any evident use of the space saved by ditching the old 30-pin composition.

Windows 8 was the elephant in the room all year thanks to a successful Consumer Preview earlier on, and the release went fairly smoothly. Many questioned whether the consumer was ready for the tiled interface, but from what we can gather, there have been no reports of widespread panic or outcry at the clear changes in the look and feel of Microsoft’s flagship OS.

Windows Phone 8 and Windows RT also released for those on smartphones and tablets, the most popular being the Nokia Lumia 920 and Microsoft Surface RT. The latter has struggled to make as big of an impact as Microsoft will perhaps have hoped, but with the Surface Pro now almost ready to ship, the hybrid tablet could make its mark in 2013.

We hope you have enjoyed following the technology industry these past twelve months, and here’s to another exciting year – we hope you’ll be joining us once more.