Ever since the launch of the original iPhone and subsequently the iPad, it’s been patently obvious that the fruit company feels the touch interface is manageable without the involvement of any kind of stylus. A prominent feature of the PDA, the stylus has been rejuvenated by Samsung (S Pen) along with others, and now it looks as though Apple is also considering an adaptation of the digital wand. Naturally, Apple has tweaked a few things around in order to secure a deal of uniqueness, but published patent filing number 166726 shows Apple is more than willing to break the mold in line with the changing face of the market.

The iPad mini was something we could never have envisaged Apple bringing to market a year ago, and the "Active Stylus" patent is also likely to catch a few folks off-guard. While Steve Jobs was quite overtly against the idea of using a stylus with digital mobile devices, Apple’s engineering team has been looking to re-invent. Currently, examples such as the S Pen are passive input devices, and cannot, themselves, transmit any kind of signal or sense touch. This is where the "Active Stylus" solution comes in.

It seems to relate to a stylus capable of a sensing / driving touch signals, rendering them a gadget in their own right. Your current, run of the mill stylus simply blocks electronic field lines, but Apple’s offering turns that on it head.

According to Patently Apple: 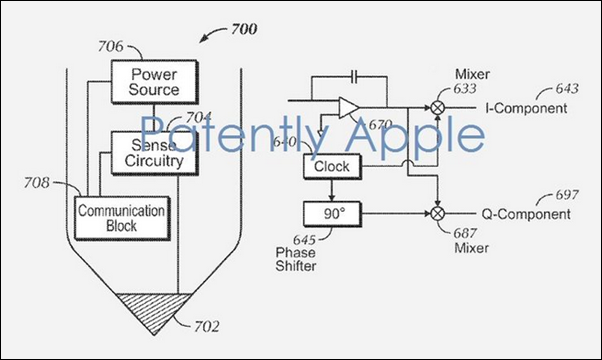 The fact the stylus could have its own touch sensor panel and, in effect, couple signals with the main device, means render it an "active" as opposed to a passive stylus. In theory, it would make styluses more responsive and efficient than those currently on the market. For example, the S Pen is great in terms of comfort and accuracy, but the clear lag between touching the panel with the S Pen and the reaction is something Apple seems to be attempting to eradicate.

Apple’s iPhone and iPad are listed as examples of devices which could benefit from this Active Stylus. While a patent publishing doesn’t necessarily mean an imminent final product – particularly where Apple is concerned – could you imagine using a stylus with your iOS devices?