Google means business with Android these days. That’s not to say it didn’t before, but since the company’s Google I/O conference recently it has become clear that the people at Google are beginning to understand what it takes to make a premium smartphone. It’s not apps, and it’s not handsets. It’s the feel of the operating system.

During Google I/O, the latest version of Android was shown off to the world. Version 4.1, Jelly Bean is no radical departure from what Android users have been growing to love over the last twelve months since the introduction of Ice Cream Sandwich. Jelly Bean is, as the incremental version number suggests, more of a polishing of the existing software. Tweaking, with some important additions, if you will.

As of the time of writing, Jell Bean is only available on one shipping device, and that’s the Nexus 7 tablet. Google’s Nexus S and Galaxy Nexus have received over-the-air updates bringing them up to the latest and greatest release of Android, but right now the only device shipping with it installed is the Nexus 7. We’ve already told you what we think about the tablet in our Google Nexus 7 review, but what about the software?

Project Butter is the reason for the claim above that Google has finally realized what it needs to do to compete in the premium market. With Apple’s iPhone 4S currently showing the way when it comes to fluid animations and a rounded user experience and interface, Google’s Android has historically lagged behind in the spit and polish stakes. Few would argue that Android is as fluid as it could be, or that the animations pop as much as their iOS counterparts, and Google almost admitted as much just be working on Project Butter. But what is it?

With Project Butter, Google has been working on ways to make the animations we spend so much time looking at, work better. Frame rates are up, V-sync is being used and triple buffering is a phrase that Google’s engineers have been throwing around of late. What all the jargon and hyperbole means is that Jelly Bean feels more slick. It acts as if everything is smoother, animations pop and the operating system feels less disjointed. For the lack of a better term, Android now feels ‘buttery smooth’. 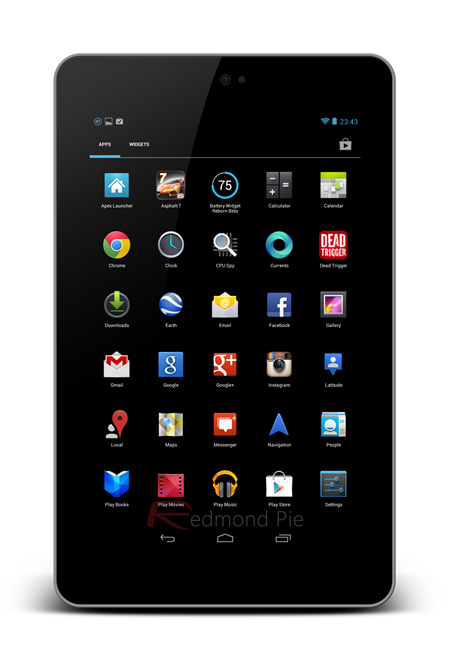 In reality, trying to explain how nice Jelly Bean feels to use is almost impossible. Even videos of transitions and animations don’t quite do it justice. Even the Nexus 7 struggles to prove the point conclusively, simply because we’ve never seen the thing running anything other than Jelly Bean. It’s when you start installing Android 4.1 on older devices that the magic really happens.

Google’s admittance that Android is not as polished as it could be proves that the company knows its limitations, which is great news. What’s even better is that Google is now actively working to improve itself and, more importantly, improve Android. All the apps and all the handset choice in the world won’t matter if the core mobile operating system isn’t up to snuff. With Jelly Bean, things just took a giant step in the right direction. 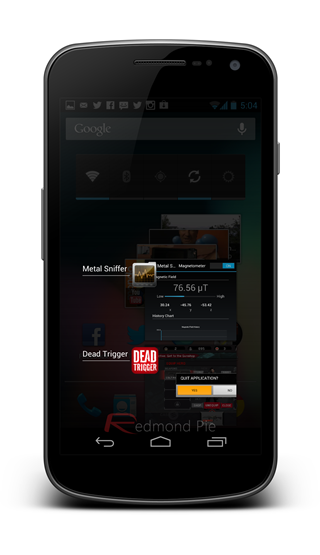 And that’s before we start talking features! 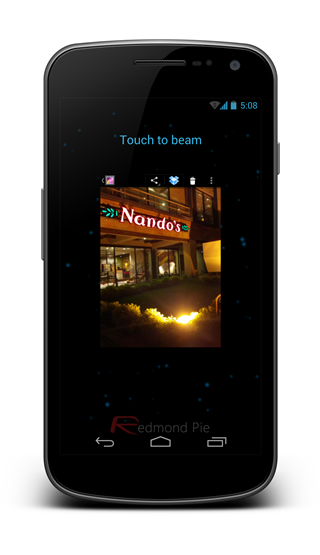 Not the most sexy of additions to Android, Android Beam takes the power of NFC and makes it easier for users to transfer files between two devices by simply touching them together. The NFC touch initiates a Bluetooth connection, and the files are transferred. Exciting? Not really? Functional? Absolutely. 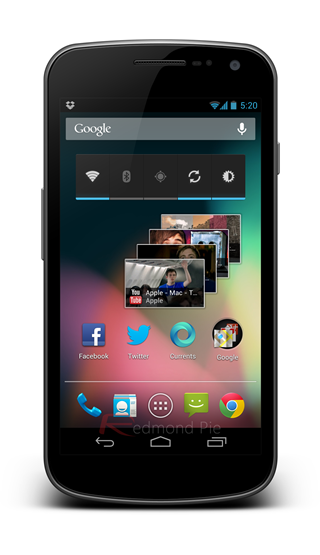 Some people love their widgets. The problem is, sometimes making them all fit on a screen that already plays host to icons for all your favorite icons is not the easiest thing in the world. Now, with Jelly Bean, app widgets automatically resize to fit in the gaps you need to squeeze them into. It may not be a headline feature, but it’s another example of Google beginning to polish off some of the rough edges that have blighted Android since its inception. Most importantly, it works.

Although Google – for some reason – didn’t stress on this feature a lot, but Jelly Bean now supports offline voice typing. In Ice Cream Sandwich, when you’re using your voice to type a string of text, it requires a data connection, it records your speech, uploads it to Google’s servers, recognizes your speech, hits you back with results in the form of text string. A painful process if you’re asking us.

In Jelly Bean, Google has shrunk the voice recognition engine so much that it now sits inside your device, which means that all the voice typing sorcery happens without a data connection. Pretty neat right? Indeed it is. 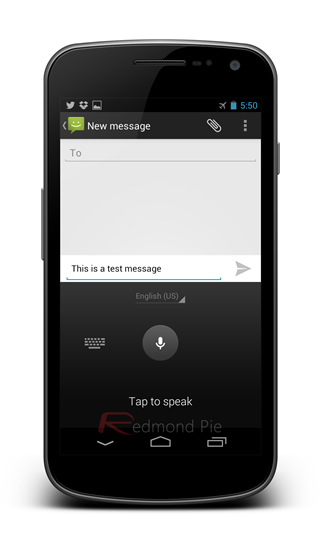 Now, we ran a couple of tests to prove the awesomeness of offline voice typing by putting it into airplane mode. It works like a charm.

Arguably, our favorite addition to Android as part of Jelly Bean, expandable notifications mean users can get access to more information from their notifications than ever before.

Already plenty useful, notifications in Android simply showed users which app the notification was coming from and, perhaps, a short description of the alert. Now, thanks to Jelly Bean, notifications can be much more useful, with a two-finger drag gesture expanding notifications to reveal more in-depth information. 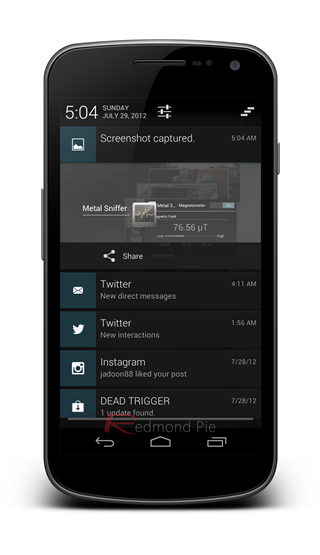 Dragging open a Gmail notification, for example, will reveal a list of the new emails that have been received, whereas previously none of that information would have been available.

The new notifications can also be actionable, meaning that calls can be returned or messages can be sent, and all this without ever opening an app. Notifications feel more alive as a result, and you won’t be hopping in and out of apps as much just to see what a notification is all about. Awesome stuff.

Google Now is possibly the biggest fish in the Jelly Bean aquarium. The most demonstrable of the larger changes in Jelly Bean, Google Now not only makes for an awesome demo, but also has the potential to change the way information is presented to us on our mobile devices.

Activating Google Now, by swiping up from the bottom of the screen, will launch what appears to be Google Search. On the face of it, Google Now could be called a Siri clone, and if you don’t venture any deeper, than that description is quite accurate. Google Now allows users to ask questions, using voice commands, and have Android scurry off and get a response. Sometimes that response comes in the form of a card which, similar to how Siri works, offers the requested information in a nice, clear format along with a picture if appropriate. Other times the response is a simple web search. 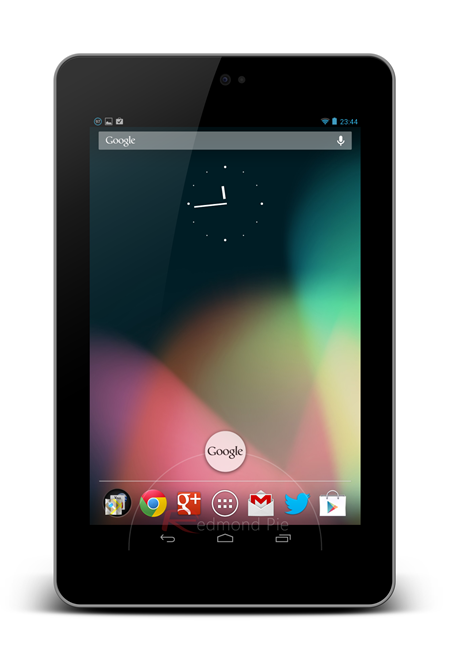 When used this way, Google Now works, but suffers from the same limitations as Siri. Namely, people feel stupid talking to their phone.

But beyond that, Google Now offers something that Siri can only dream about. Google Now thinks behind the scenes, watching you, trying to learn what information you may need and, as if by magic, when you may need it.

A simple example is your workplace.

Head on in to work, to the same location, at the same time, and Google Now will ask whether the destination is where you work. Say yes, and from now on Google Now will let you know how long it will take you to get to work based on traffic, for example. Importantly, it will only tell you when it things you’re ready to go to work, which is so awesome it kinda hurts a little. It’s almost like it’s alive! 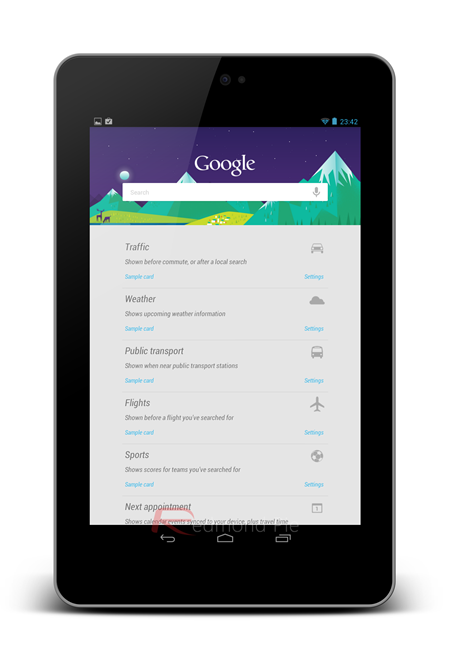 The same thing happens in reverse. Google Now will calculate how long it should take to get home after a day’s work, too.

It’s not just locations, either.

Search for a sports team a few times, and you’ll start getting score updates. Search for a flight number and you’ll get updates on where the flight is, and whether it is on time.

Google Now is location-based, too. Happen to be near a landmark or attraction and have Google Now set up just so, and you’ll be notified of the location, opening times and general info about that attraction. At times it feels like voodoo, even though you know Google’s got all this information anyway. But still, voodoo! 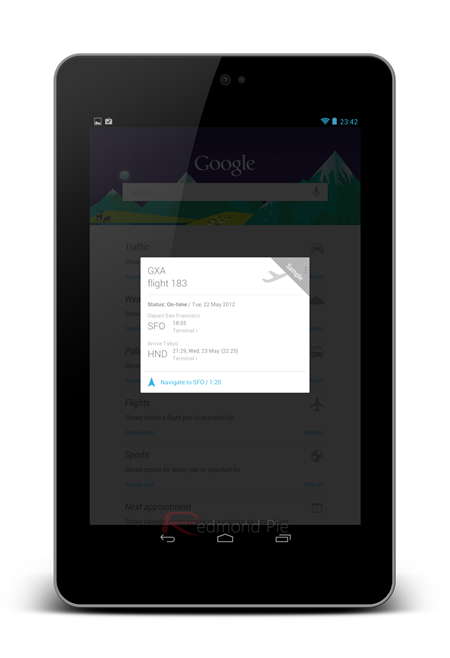 Google Now has the potential to change how we interact with our personal technology. The day our phones begin to know what we want, before we ask for it, is the day that these digital assistants will be truly useful. Siri and, say, S Voice are all well and good, but they need prompting. Google Now can prompt you, instead. Magic!

There are plenty of other, smaller changes in Jelly Bean, too. App updates no longer download the entire app all over again, with just the delta updates downloaded. Bi-directional text and other language support has been added for those that have been calling for it for years. Improved audio, web browsing and media support are all changes that are worth mentioning, too, but we could be here all day if we covered them all.

To us, Google Now is possibly the single biggest thing to happen to Android in a good while, assuming Google keeps improving it and, importantly, it isn’t crippled because people deem it ‘too creepy.’

Well done Android team, you may just be on to something with this ‘ere Jelly Bean.