Instagram – one of the hottest image-based social networks at this point in time – has just been acquired by the world’s foremost social platform, Facebook.

Instagram CEO Kevin Systrom and Facebook leader Mark Zuckerberg released contemporaneous press statements, and while many of Intsagram’s 30 million + fans may be a little apprehensive about the amalgamation, Systrom was quick to make the point that Instagram will not change, but merely benefit from the acquisition. 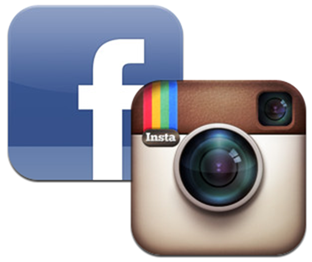 He said in the statement:

It’s important to be clear that Instagram is not going away. We’l (sic) be working with Facebook to evolve Instagram and build the network. We’ll continue to add new features to the product and find new ways to create a better mobile photos experience.

Meanwhile, Zuckerberg – whose Facebook network boasts in excess of 800 million active users – was also clearly excited about Instagram. He issued a press release reflective of Systrom’s, and spoke briefly of the direction he plans to take Instagram.

For those fearing Instagram disappearing in Facebook’s swirling vortex of disposable cash and endless apps, Zuckerberg also maintained that he and his team are dedicated to keeping Instagram independent. He knows how attached the tens of millions of users have become, and assures users it will not lose its identity:

We believe these are different experiences that complement each other. But in order to do this well, we need to be mindful about keeping and building on Instagram’s strengths and features rather than just trying to integrate everything into Facebook.

Of course, while the move will raise a few eyebrows, it shouldn’t come as too much of a surprise. Facebook has long since been the undisputed king of social image sharing, but Instagram has made incredible headway over the past year.

Having built a 27 million-strong base on Apple’s iPhone, the Android version was finally released last week. It’s still early days for the Android iteration, but with a significantly larger consumer reach on the smartphone market than Apple, it’ll be a surefire hit.

Facebook has spent a mighty-might staggering $1 Billion to to acquire Instagram, and I’m quite certain that there will be speculation on that number at some point.

I would say this is a positive move, although I am, like many of you will be, a little skeptical of the large company swallowing up ‘the people’s app’. Let’s hope Facebook’s input doesn’t ruin it.