It’s been an extremely hectic year in the digital industry, but if you cast your mind back to January, you may fondly remember the Mr. Android infographic. Provided courtesy of BlueStacks, it offered detailed information (as well as something of a visual representation) of your typical Android user, and ensuring the lonely singleton doesn’t see the new year tick over without a suitor, BlueStacks has come through with Ms. Mac. Naturally, Ms. Mac has a very obvious Apple bent, and represents all sorts of weird and wonderful information – gathered by BlueStacks – of the average Mac user.

The stats were collected from BlueStacks’ army of Facebook followers, and suggests the average Mac user is a bespectacled female with black hair and freckles. As was the case with Mr. Android, the vast majority of Mac users wear T-shirts, trainers and jeans, and are slightly more likely to live outside the United States. 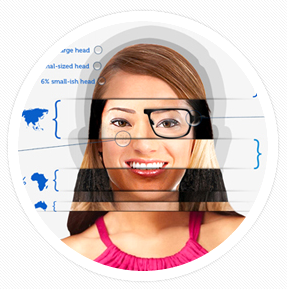 Despite Mr. Android seeming the perfect partner to Ms. Mac, both parties have obstacles to overcome if they are to be together. Ms. Mac is one per cent more likely to be single than Android-using men, so the union of these two geek icons may not be as straightforward as their unique, choppy appearances would suggest.

There’s plenty of intriguing demographic data, including the statistic that four fifths of Mac users are under the age of thirty, although the accuracy of the data is questionable. Still, it’s a bit of fun, and if nothing else, tells us that eight per cent of Mac users wear flip flops, whilst only five per cent of Android users do so!

In all fairness to BlueStacks, it’s a good bit of publicity, and timely considering the recent release of BlueStacks beta for Mac OS X. The app, which allows Ms. Mac to play Mr. Android’s games and apps without so much as a hitch, is free to download, and if you’d like more information, please check out this post.

In the meantime, take a look at both Mr. Android and Ms. Mac, and let us know of your own preferences by dropping a comment via the usual channels. And hey, next year, we may even get a Mr./Ms Windows/iOS thrown into the mix!