The just-released Apple Watch Series 5 in GPS + Cellular configuration is already $50 off the usual asking price.

Right now, you can get your hands on the latest and greatest Apple Watch for just $699, down from the usual asking price of around $750. 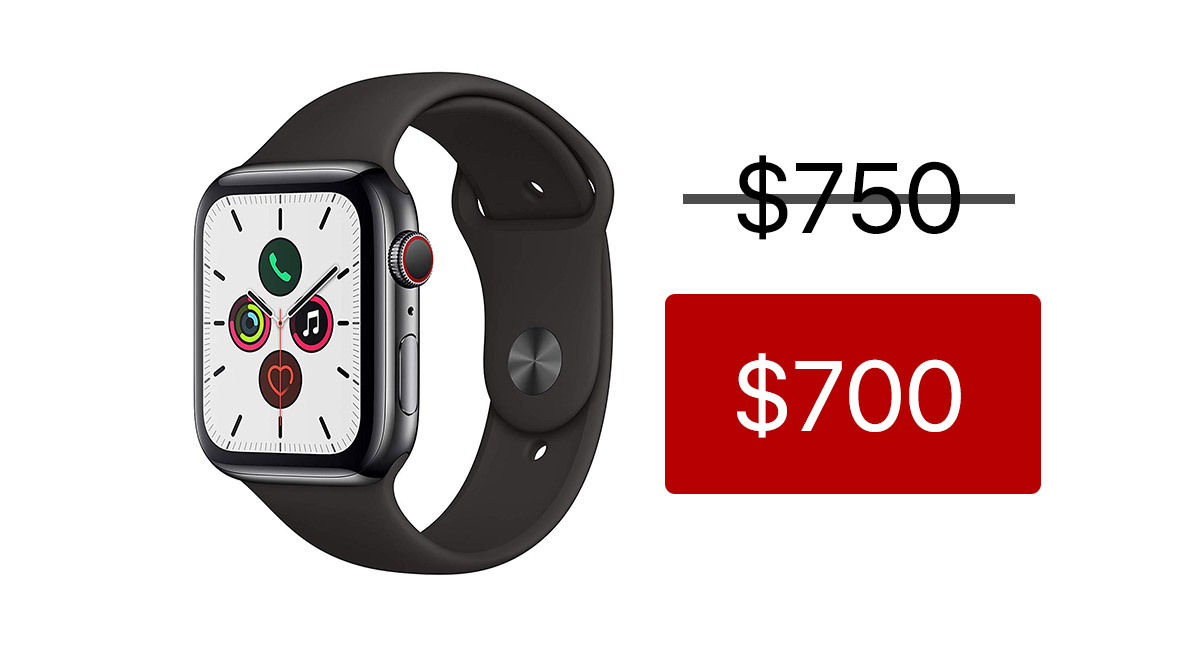 Other features of the Apple Watch Series 5 include the ECG feature that has already proven itself capable of saving lives as well as electrical and optical heart sensors. Throw in the fact that this wearable is swim proof and you have the ultimate in activity and fitness monitoring strapped right to your wrist.

We’re huge fans of the Apple Watch and Series 5. It is what the wearable should probably have been a year to two before now. The addition of an always-on display is game changing, and if you’ve held off picking up an Apple Watch because you didn’t like the fact the time wasn’t always visible, now is the time to buy.

We’re not sure how long this price will be around for, so don’t delay. You don’t have to remember to enter any discount codes when checking out so just add it to your cart and check out as normal.